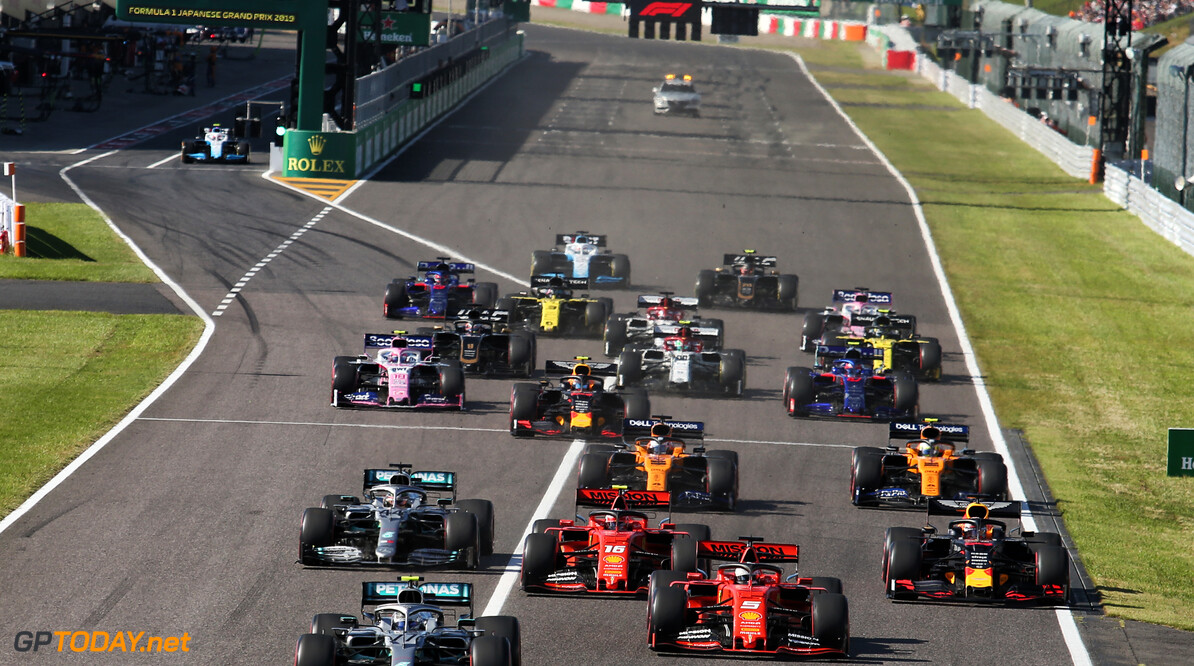 The stewards have explained why Sebastian Vettel did not pick up a penalty despite moving forwards in his grid box before the lights went out to signal the start of the Japanese Grand Prix.

The stewards investigated an alleged breach of Article 36.13(a) of the sporting regulations, which states that a driver may be penalised if they have "moved before the start signal is given, such judgement being made by an FIA approved and supplied transponder fitted to each car".

However, after investigating the incident, the stewards deemed that Vettel moved within a time that does not infringe the regulations.

"The stewards reviewed video evidence and the jump start report based on the information from the FIA approved and supplied transponder fitted to each car,” read a statement.

“Whilst the video shows some movement that movement was within the acceptable tolerance of the F1 jump start system which formerly defines a jump start per Article 36.13(a) of the FIA Formula One Sporting Regulations.”

Last time out at the Russian Grand Prix, Kimi Raikkonen received a drive-through penalty after he jumped the start in clear violation of the rules.

At the 2017 Austrian Grand Prix, Valtteri Bottas started to roll forwards before the lights went out, however he was not penalised for the incident.