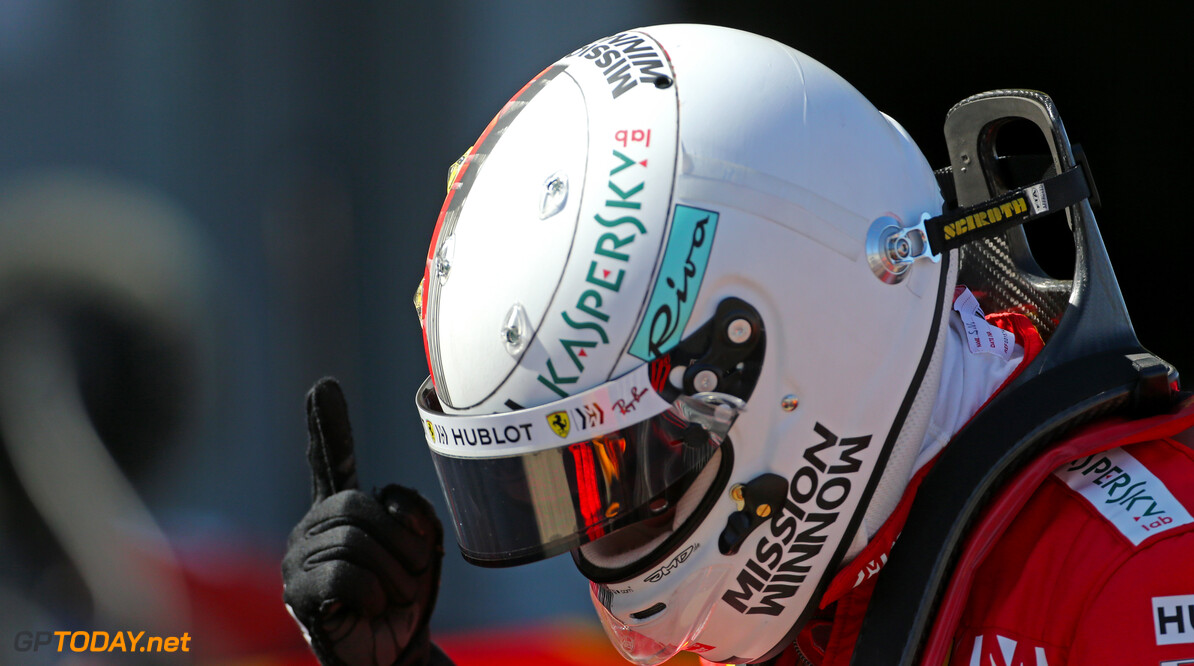 Sebastian Vettel says his job is only partly complete after taking pole position for the Japanese Grand Prix.

With qualifying pushed forward to Sunday morning after all of Saturday's track activities were cancelled due to Typhoon Hagabis, Vettel managed to beat Ferrari teammate Charles Leclerc in the session by just under two-tenths of a second.

After Mercedes dominated the top of the timesheets after Friday practice, Vettel admitted surprise at taking pole position, Ferrari's fifth in a row.

"The conditions were very different to what we had on Friday, but the main thing is the sun is out and people are happy,” Vettel said.

“I think we were quite surprised, to be honest. We didn't expect that, to have the front row. So we're very happy.

“It was unbelievable, the car being so light on fuel and new tyres and we had headwind up the Esses, which is what you want because then the car feels even better. I don't think I used the brakes other than Turn 2.

“It was unbelievable. I really enjoyed it, but it's only part of the job done. Let's look forward to this afternoon.”

Ferrari will be gunning to take its fourth win in five races later this afternoon in Japan, having gone the whole first half of the season without a race victory.

Speaking about his session, Leclerc stated that he was "pretty happy" with the lap that he set " apart from the last sector", where he made mistakes which prevented him a shot at pole position.