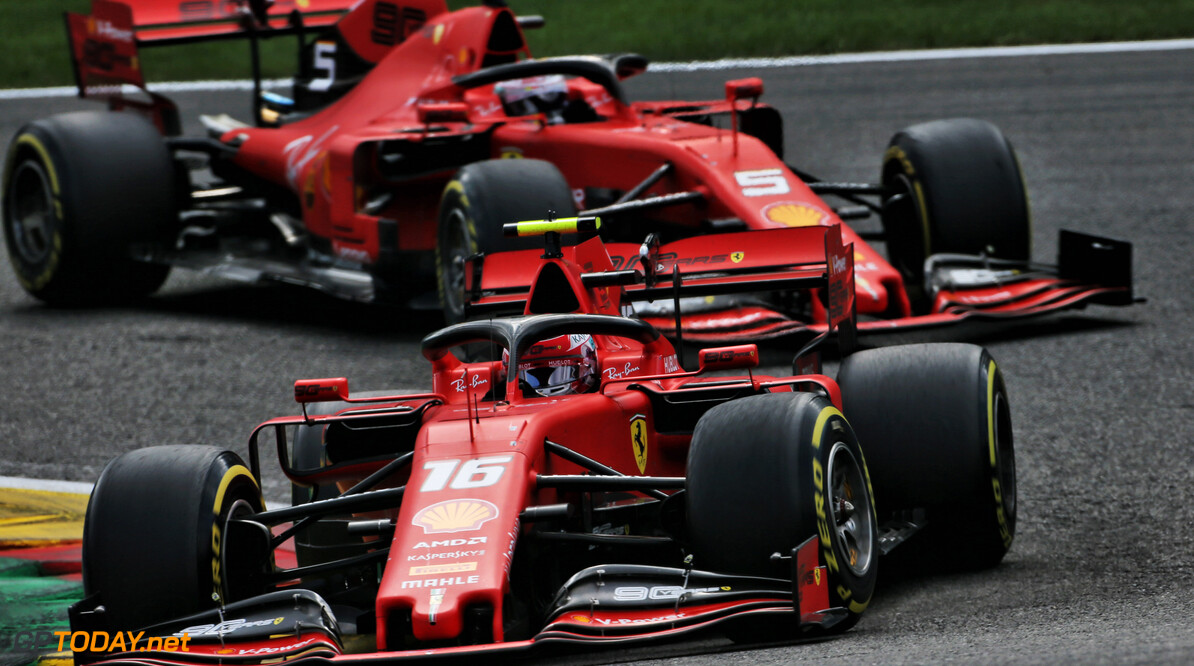 Leclerc wasn't confident he could catch Vettel after pit stop

After leading throughout the opening stint of the race, Leclerc found himself behind Vettel following his pit stop, as Vettel executed an undercut by pitting five laps earlier than Leclerc.

Leclerc didn't think there would be a big advantage with his fresher tyres, however he was quickly able to close Vettel down before the team instructed Vettel to let the Monegasque driver by.

"When I came out behind Sebastian, I was not confident that the degradation was that much on the medium that I could actually catch him," Leclerc stated.

"But after two or three laps there was quite a big delta pace and I was like 'Okay, I don't think we will lose time together', which is exactly what we didn't do."

At the end of the race, Leclerc came under major pressure from Lewis Hamilton, who was more comfortable on the medium compound than Leclerc.

"And then towards the end I was checking my mirrors, my engineer was telling me the gap every lap to Lewis," Leclerc reflected. "He was very quick, on the soft I was more comfortable, on the medium I was struggling more.

"I was trying to focus on my own job and bring the car as quickly as possible to the end. But it was very close. One lap more, it would have been difficult to keep Lewis behind."

'Challenging' to race after Hubert's death

Leclerc's victory marks his first in Formula 1, finally clinching the top spot after coming close on several occasions this year.

However, the win comes at a difficult weekend for motorsport, following the death of Anthoine Hubert on Saturday, which Leclerc says made the race extra challenging.

"For me, it was definitely the first situation where we lose someone on a track that you need to race [on] the day after," Leclerc said.

"So it's obviously quite challenging to then close the visor and go through the exact same corner at the same sped you did the day before.

"But that's what you need to do in the end. So that's what I tried to do best today," Leclerc concluded.