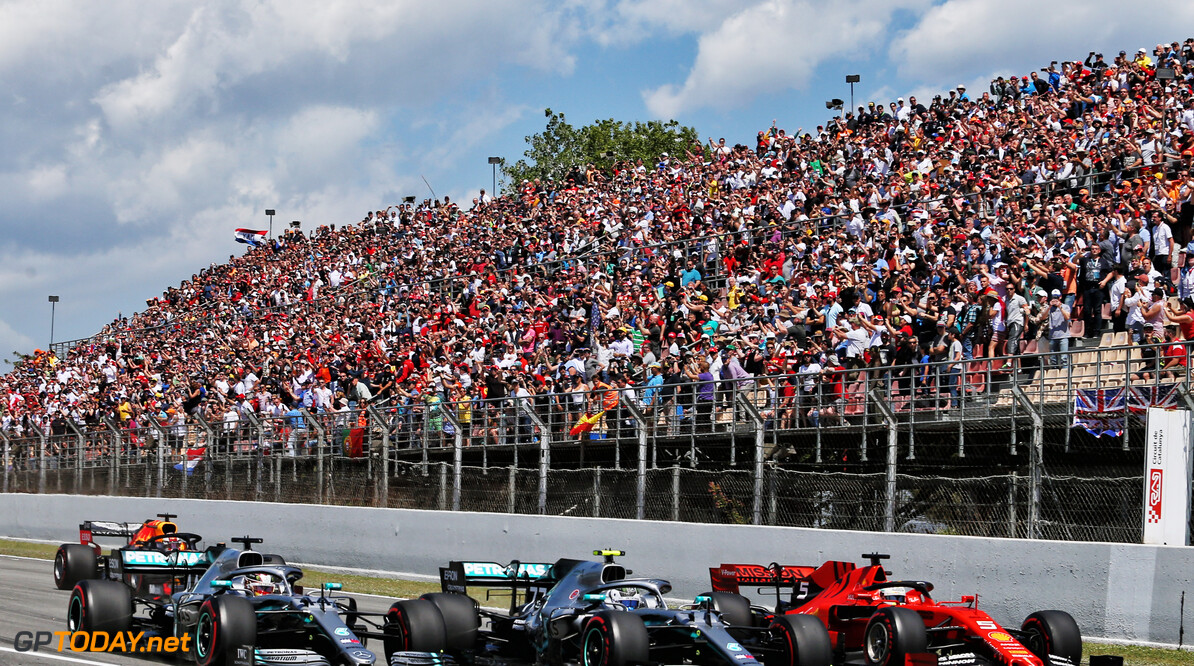 Vettel wanted to 'mix things up' at Turn 1

Sebastian Vettel says he tried to "mix things up" at the start of the Spanish Grand Prix by attacking Mercedes into the first corner.

Vettel started the race from third on the grid but was side by side with both Mercedes' on the run into the first turn.

However on the outside, the Ferrari driver locked up and flat-spotted his tyre, which hurt his pace and saw him drop back to fifth after his team ordered him to let teammate Charles Leclerc by.

Vettel believes that he had a shot at a podium finish on Sunday, but hurt his own strategy after he locked up going into first corner.

"I think today as the race happened, we maximised the points," the four-time world champion said. "I think we had a shot at the podium but in Turn 1, I had a flat spot and compromised my own race.

"I wanted to try something to mix things up. I knew that I wouldn't win the race at Turn 1 but at least I thought we could mix things up with Mercedes and have a bit more of a fight with everybody.

"After that, I think Charles was on a different strategy and with the safety car, his strategy was thrown to bits."

Vettel denied that he is out of the championship running, despite Mercedes' dominance of five consecutive one-two finishes in 2019.

The German says he will continue to fight race by race and not target the title so early on: "That's what we've done so far. I think at this point, nobody has at any point been looking at the championship. We're going race by race.

"We'll see, it's a disappointing weekend for us, we were hoping to be a lot faster. Now we find ourselves not so fast. But I think we can only come back from where we are now."