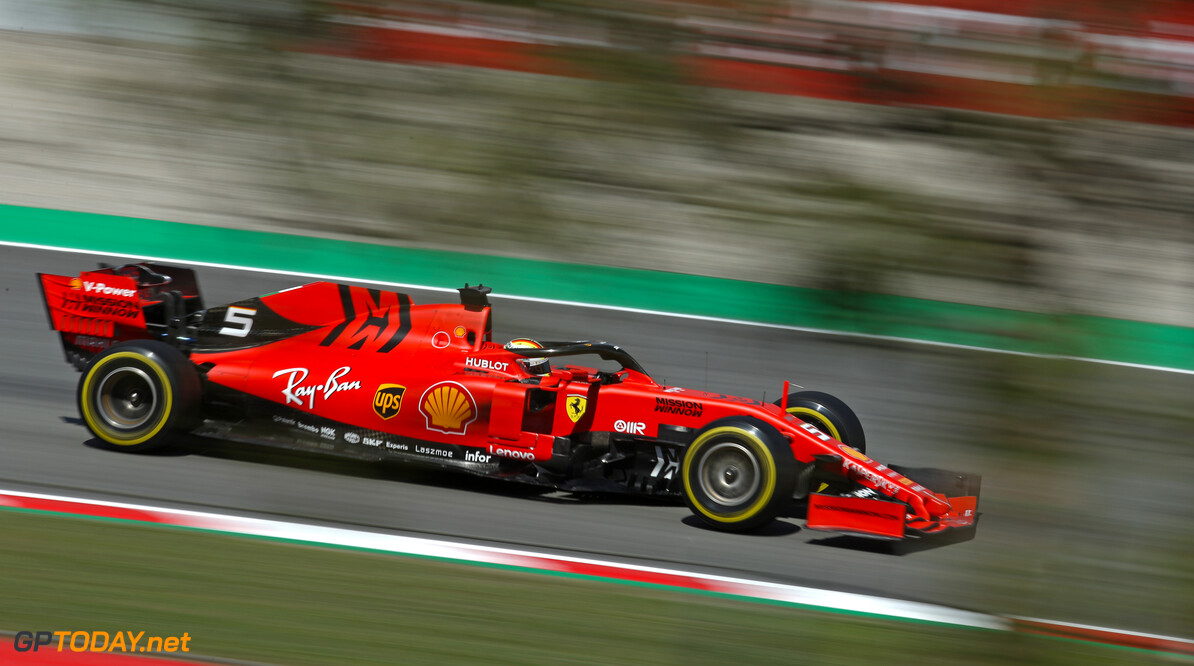 Vettel: Ferrari has to find time in tight corners

Sebastian Vettel says that Ferrari has to gain time in tight corners if it wants to close up on Mercedes in front.

Ferrari ended the second practice session three-tenths down on the Silver Arrows, with Vettel admitted that he struggled in the last sector, which consists of a series of tight and twisting corners.

"We have to [gain time]," Vettel said. "It's not the first time that we're losing time in these sort of corners. If it was easy, we would just fix it but currently, we're working very hard to understand why we're losing out in these type of corners, sometimes more than other times.

"It's not really traction, more overall grip in the slow corner. The slow corners can be quite nasty if you don't have the grip, and then you lose a lot of time."

Vettel says that the gap to Mercedes is not a surprise, despite the upgrades that it has brought to Barcelona.

However, the four-time world champion has reserved judgement until Saturday to see where its pace truly is against the Silver Arrows.

"It's not really a surprise. Overall, we've been seeing what we expected. Certainly we're not as happy as we want to be, there's still a lot of homework for us. It was not the quickest today, but we'll see where we are tomorrow.

"The car is obviously a step forward. We've been putting quite some pieces and quite some performance on the car. In terms of feeling, that's what I struggle with. I had a very good impression after the first week of testing. Not so good after that."

Ferrari also introduced an engine upgrade this weekend, which was originally scheduled to be fitted in Canada next month.

Vettel was left pleased with the performance of the engine but is still looking to get on top of the car through the corners.

"Yeah, engine wise we're happy," he said. "It's Friday so it's difficult to know what we're doing compared to other people.

"We put everything on the car that we expected to put on the car, but feeling-wise it's a different story and it's a fair picture that we haven't been the quickest today."