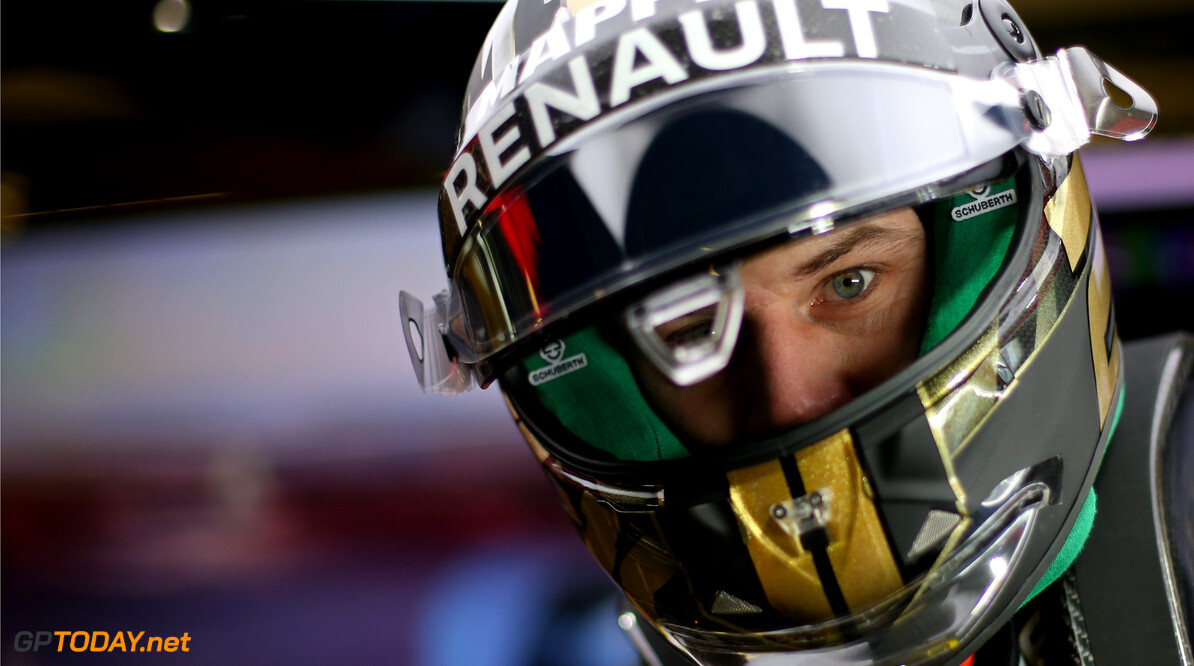 Hulkenberg 'not sure' if halo blocked exit route

Nico Hulkenberg is not sure if the halo device blocked the way out of his Renault in a dramatic opening lap crash at the Abu Dhabi Grand Prix. The German was flipped upside down after making contact with Romain Grosjean as they went side by side through Turn 9.

The car flipped over twice before coming to a stop upside down, with the rear resting on the barriers. After reporting that he was uninjured, the marshals were able to flip his car back over to the right side up, allowing Hulkenberg to climb out and be taken to the medical centre.

A fire sprouted at the rear of the car after it came to a rest, but it was quickly put out by the fire marshal nearby. Speaking to Sky Sports F1 after the race, Hulkenberg admitted that he wasn't sure if the halo would have blocked him from exiting the car unassisted.

"I don’t know to be honest at the point if the Halo blocked me or not," he said. "On the right I had the barrier anyway and there was a very small gap. Also when you are upside down it is not so easy to find all the buttons and all the things because everything feels very different.

"That was the first time for me having the car on the roof so I was sitting tight waiting for the marshals and they reacted very quickly and obviously got me out. It was not the most comfortable situation to be in. There was also a little barbeque at the back so I just wanted to get out but you feel pretty helpless in that situation but the marshals did a good job.”

The Stewards investigated the accident but deemed it to be a racing incident. While Hulkenberg admitted that he was disappointed to have ended the season that way, he agreed with the ruling.

“I am all fine it is just the normal disappointment when you are out on lap one of the race but it is obviously not what I was looking for,” he said. “Such a long build-up and everyone puts in the hard work over the weekend and so to be out on lap one like this with all the damage on the car. I just feel bad. It is disappointing but we have to put it down as a racing incident.

“I was racing Romain into Turn 8 and we both locked up, I went really wide and he went even wider and I thought he ran off the track so I thought I had Turn 9 to myself. So I went to take the apex but obviously he was still there so we made contact and then the rest we’ve seen. A couple of flips which looks spectacular but nothing really dramatic.”