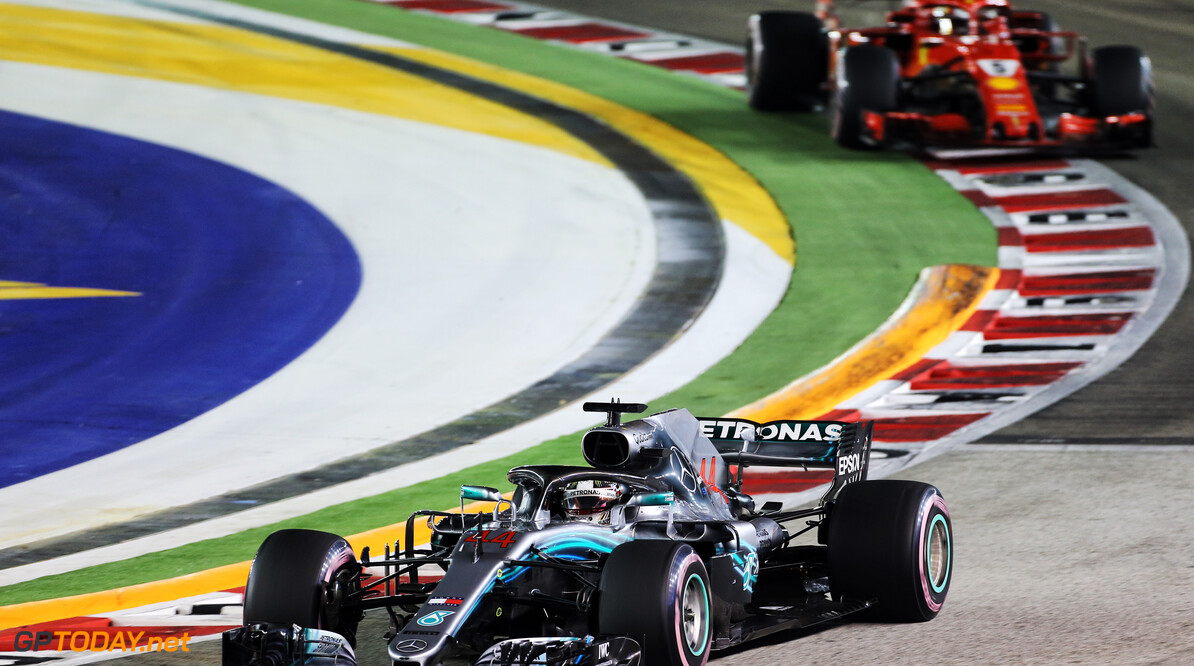 Lewis Hamilton admits that he takes pride in not making on-track mistakes like title rival Sebastian Vettel. Vettel has made a number of costly errors this season, including crashing out of the lead of the race in Germany and spinning around after making contact with Hamilton in Italy.

The Ferrari driver hit the wall during free practice on Friday in Singapore, damaging his car and ending his session early. Hamilton now boasts a 40 point lead in the championship, and is on course to pick up his fifth world title.

"I don't look at it and think 'we've lucked in'," Hamilton said. "When Vettel hit the wall the other day, damaged the car and lost running on the track, that's not us lucking in. I take a lot of pride in not putting myself in those positions.

Should Hamilton beat Vettel to victory in Russia, the Briton could win the championship without winning a race for the rest of the season. But the Mercedes driver isn't changing his approach as he aims to take victory at every remaining race.

"There is just no need for me to look at the next few races and think 'OK, I need that there, and that there'. In my mind I need to win every race, simple as that," he admitted.

"I want to win every race, that's the goal. I'm just not looking at the points. It's nice having 40 points, but it's not the end until it's mathematically impossible [to lose]."