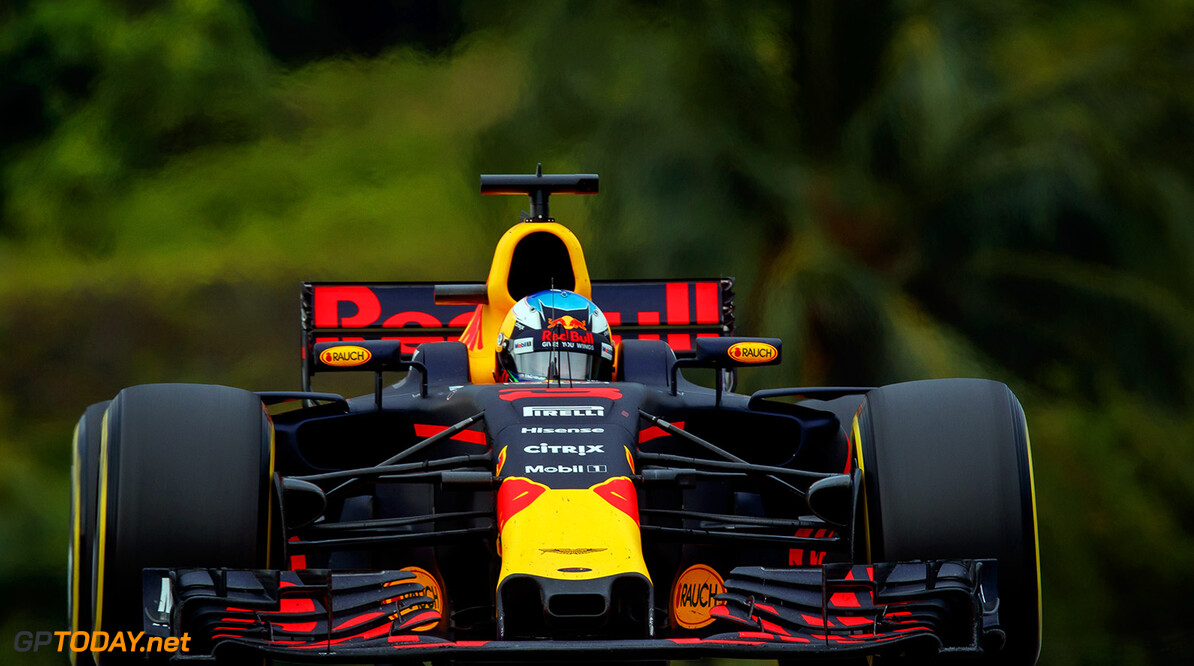 Daniel Ricciardo admits that he had a lonely Japanese Grand Prix, but is nevertheless happy to take away another podium finish. The Australian crossed the line in third place, taking his ninth podium of the year, the twenty-seventh of his career.

Ricciardo started the race from third place, ahead of teammate Max Verstappen. However, he soon found himself being overtaken by Verstappen on the run down to the first corner on lap 1. After falling behind the front-runners sitting behind Esteban Ocon, he admitted that it was a lonely race.

"The race was pretty lonely when I lost out at the start and then lost touch a little bit like last week," he said. "I lost touch with Max and Lewis but yeah I was trying to do my pace. It was a bit lonely.

"It was just the jump off of the line and then I was on the outside and didn’t get a good drive on the outside of turn two being hung out to dry on the outside and that is where Ocon got the better exit," Ricciardo continued. "It all started with the initial launch where we lost out. It was something I could have done better."

In the final stages of the race, Ricciardo found himself being caught by Valtteri Bottas in the Mercedes. The 28-year-old admits that keeping the Finn behind and hanging onto the final position on the podium made the race more exciting.

"It wasn't that exciting from my point of view, but I then had Valtteri coming at the end so actually having a bit of pressure made it more exciting, it was good fun," he said. "This is my first podium here, my objective today was to get the Suzuka podium and I have it and it feels great.  It's a circuit I've always enjoyed and now with this year's cars it's a lot of fun."