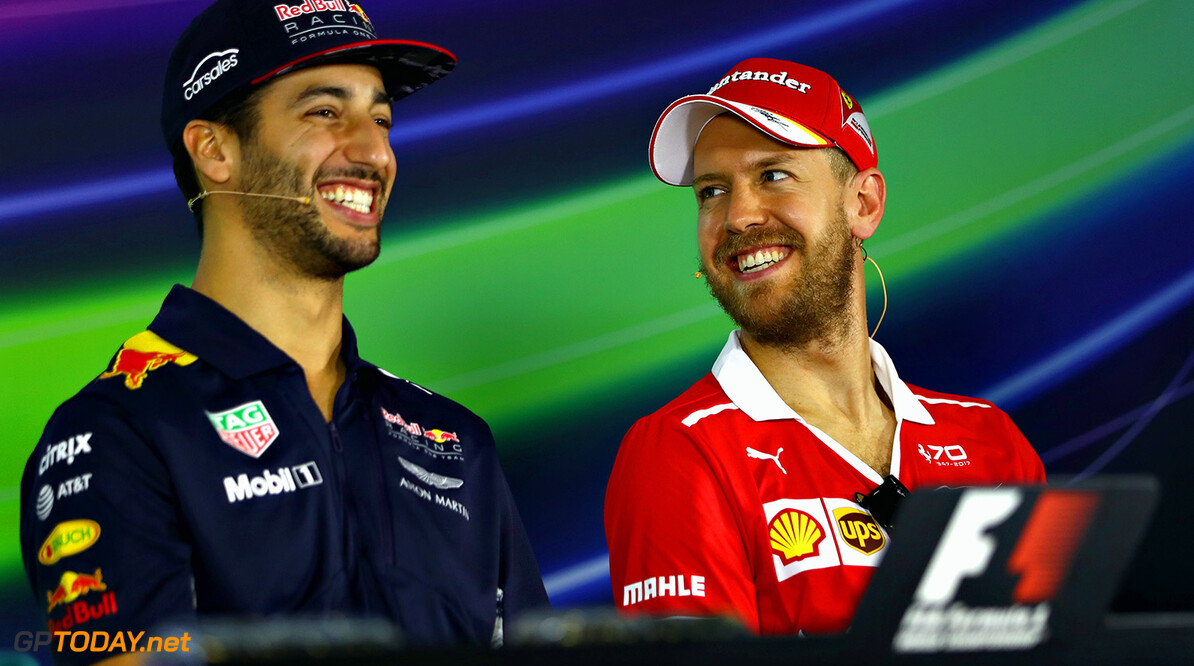 Ricciardo would not play support role for Vettel at Ferrari

Daniel Ricciardo has admitted that he would not join Ferrari if it meant playing the role of second driver to Sebastian Vettel. The Australian is slowly emerging as the favourite to replace Kimi Raikkonen after their respected contracts at Red Bull and Ferrari expire at the end of 2018.

Ricciardo and Vettel were teammates in 2014 at Red Bull, the first year of the hybrid era. Ricciardo out-performed Vettel over the season, with Vettel completing the year without picking a win, something which hadn't happened since his debut season in 2007.

Raikkonen currently holds the position of second driver at Ferrari, enabling him to aid the championship chances for Vettel. Despite the prestige and honour of becoming a Ferrari driver, Ricciardo wouldn't join if he didn't have equal terms with Vettel.

"I haven't thought that far ahead to be honest, in terms of what the quality would be like if I was there," the Australian told Sky Sports. "But if you were in that negotiation process with a team then that's the first thing you'd talk about. Equal equipment, no playing second fiddle.

"Obviously I'm in a position where I believe I should be fighting for the front. If a team said 'we'll sign you but you're going to play bridesmaid to this guy,' 100 per cent I'm not signing there. It's something you'd talk about in early negotiations. For sure, Seb is happy with his team-mate. That's clear to everyone."

Ricciardo joined Red Bull in 2014 but has not yet had a clear shot of winning the driver's championship. The 28-year-old stated that he is in the sport to be successful, and has his eyes firmly on claiming a first world title.

"I'm definitely in this sport to be successful," Ricciardo stated. "For me, success is now winning a world title. I've been fortunate to win some races and get the closest thing to it but the point now is to win enough in a season where it leads to a world title.

"It's something that we keep our eyes open for, and you want to put yourself in that position. Sometimes it's a bit of luck. When Lewis left McLaren [to join Mercedes] everyone thought he was crazy but look where it's put him now. So you've also got to read the play and see what happens in a few years time as opposed to just next year."