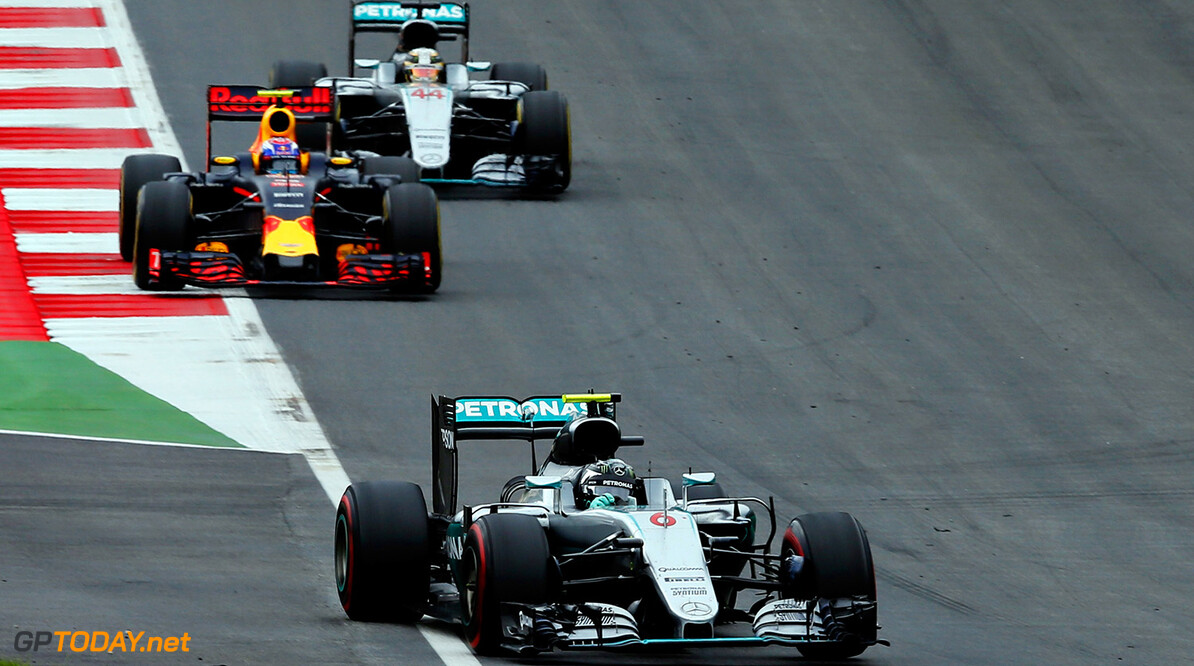 Sir Jackie Stewart thinks that Red Bull could decide the title this weekend.

Nico Rosberg holds a 12 point lead over Lewis Hamilton in the race for the championship but three-time champion Stewart feels that Red Bull could spoil the party.

"I think the two Red Bulls cars will be very, very competitive," he said. "That's what could decide the weekend."

He told the Guardian newspaper that Ferrari could also cause an upset.

"So we have four drivers capable of disturbing Nico Rosberg from having what I would call a calculated race".

Another former F1 driver and Scot, Paul di Resta, agrees: "It is Nico's title to lose.

"But the one danger for him is that he's too cautious, as he was in Monaco, and maybe Malaysia, where he collided with Vettel.

"If the Red Bulls smell an overtake, they will go for it," the former Force India driver and now Williams reserve added.