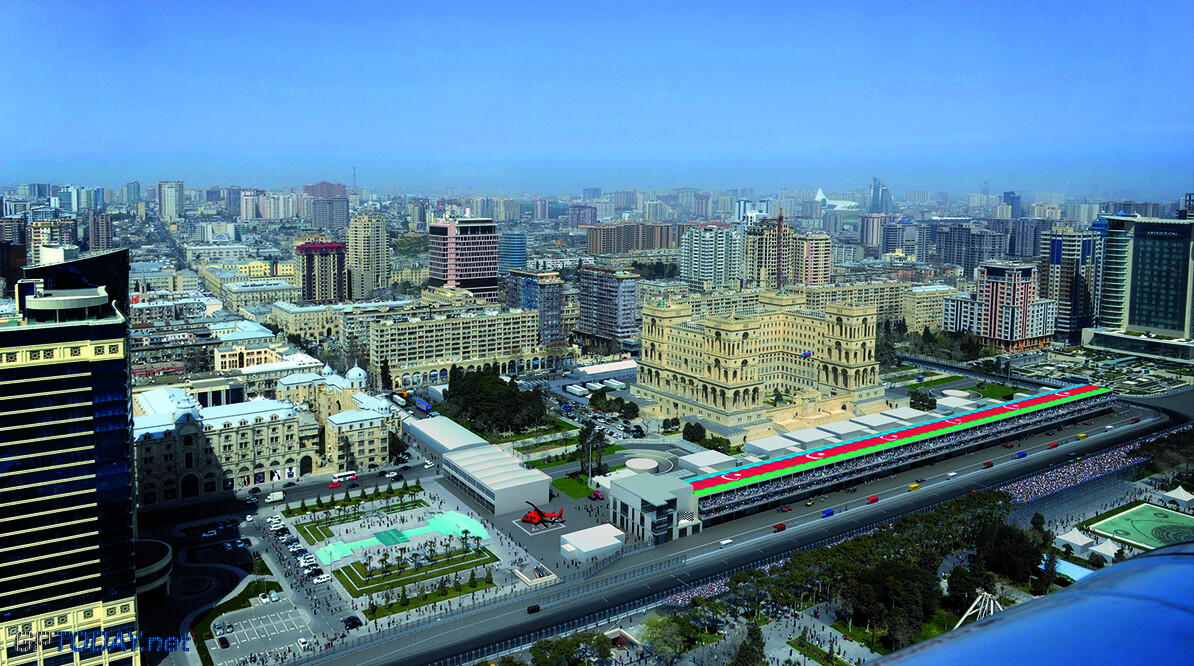 Three music stars to perform at first GP in Baku

Baku City Circuit (BCC) today announced that three of the biggest stars in world music - Chris Brown, Enrique Iglesias and Pharrell Williams - will be the headline musical acts throughout the weekend of the 2016 Formula 1 Grand Prix of Europe. Beginning on the evening of Friday 17th June, each of these three global superstars will respectively take to the specially constructed Main Stage of the newest street circuit in F1 on a nightly basis.

Friday night will see Chris Brown get the party started with one of his famous high energy shows that will set the tone for the rest of this incredible weekend of entertainment and sport. The American singer, songwriter and dancer will be performing some of his biggest tunes, including the likes of ‘Yeah3x’, ‘Look At Me Now’ and ‘Beautiful People” in front of thousands of F1 fans once the first day of racing has been completed on track.

Saturday night will see Enrique Iglesias take over with one of his electrifying concerts that have made him one of the most popular live performers on the planet. Famous for his many hits including ‘Hero’, ‘Bailamos’ and ‘I Like It”, the Spanish born singer is widely known as ‘The King of Latin Pop’. His back catalogue of passionate ballads and high energy dance music have helped him sell 137 million records worldwide and he is sure to thrill the watching audience at the Baku City Circuit as soon as Qualifying has finished on-track.

A memorable weekend will be capped off on Sunday night when one of the biggest stars and most influential figures in world music, Pharrell Williams, takes to the Main Stage to close out the 2016 Formula 1 Grand Prix of Europe with one of his celebrated sets. The multitalented American performer, songwriter and producer behind some of the biggest hits in the history of music, including ‘Get Lucky’, ‘Happy’ and ‘Frontin’’ - to name just a few -  will deliver the perfect encore to Baku’s inaugural Formula 1 race weekend, just hours after the final car has crossed the finish line at the 2016 Formula 1 Grand Prix of Europe.

Speaking right after the musical acts were confirmed, BCC’s Executive Director Arif Rahimov, commented: “For years now, music and Formula 1 have managed to fit together seamlessly with some of the biggest artists in music history performing at various Grand Prixs around the globe. Today’s announcement continues this fruitful relationship and will help establish this F1 race weekend in Baku, Azerbaijan as the new home of the greatest entertainment and action on and off-track for all motorsport and music fans. All we can say to people thinking of joining us is this: the 2016 Formula 1 Grand Prix of Europe will be unmissable. We look forward to seeing and partying with you in Baku this June 17th-19th.”

Concerts will be free to enter for all three-day ticket holders. Fans with three-day tickets will additionally be able to enjoy exclusive Pit Lane Walks, access to the drivers via daily Autograph Sessions and will also be entertained throughout the weekend via a series of entertainment activities located along the circuit’s vending zones situated along Baku's stunning seaside boulevard.