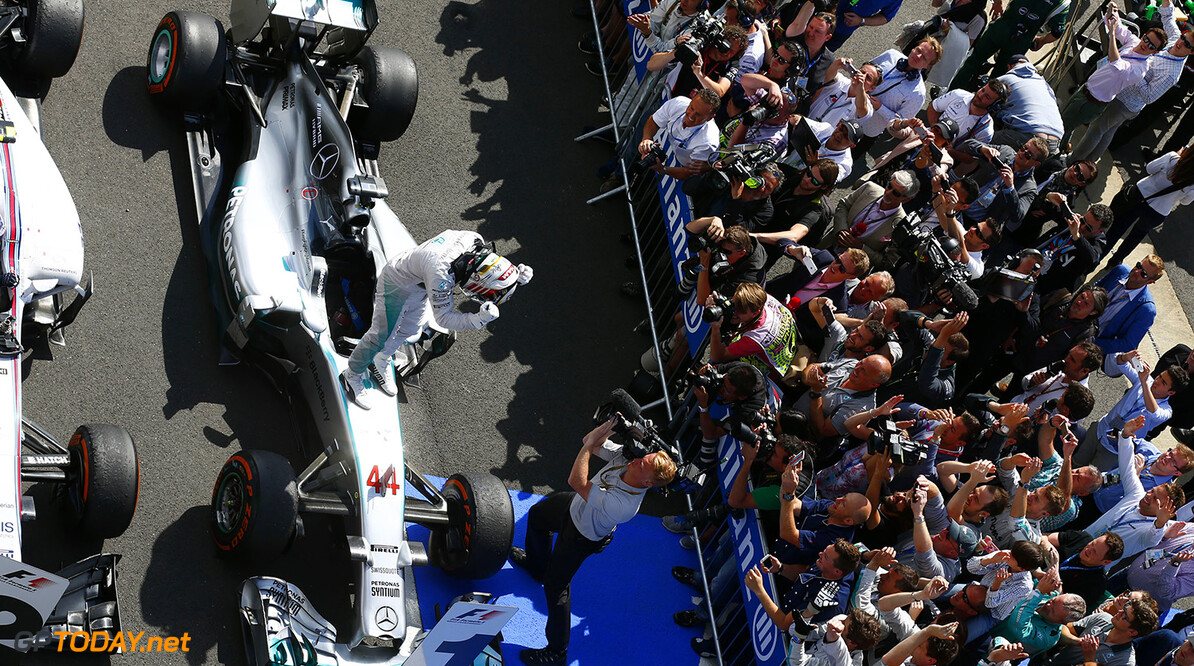 Mercedes has scheduled urgent contractual talks with Lewis Hamilton, as the team looks to keep its dominant pairing together beyond 2015. Currently, the pair are set to race together once again next year, despite clashing on and off track at times as the intensity of their championship fight heated up. Earlier this year, Mercedes extended its deal with Nico Rosberg, while teammate Hamilton's contract is still currently set to expire at the end of 2015.

Asked why only Rosberg's deal was extended, team boss Toto Wolff told the Austrian broadcaster ORF: "We didn't want to be in a situation where in a year's time there is the possibility we have to be filling not one but two places. Nico is an important part of the team, he fits in well and his performance is good so we wanted to extend at an early stage," he said during the Sport am Sonntag programme.

"With Lewis," Wolff continued, "the contract runs for another year anyway and in the summer we started to discuss (extending) it (beyond 2015). We have agreed that we want to continue and Lewis has said the same but at some point we decided that it was not the right time to do it. The duel was so intense so we thought it was a good idea to talk after Abu Dhabi. Now we have agreed that we get together on Monday in Abu Dhabi to talk about it," said Wolff.

If confirmed, the news looks set to lock Fernando Alonso out of Mercedes for now, following speculation the Spaniard wanted to find a stop-gap solution for 2015 in order to target Hamilton's place in silver for 2016. But it appears Mercedes is happy with Hamilton and Rosberg, despite their run-ins this season.

Wolff was asked if he even sees the "fire" between the team's current pairing as essential to continue Mercedes' dominance into 2015 and beyond. "I don't know if fire is important," he said. "The only thing the two are interested in is that they have the fastest race car possible. So I would say at the moment that we have a good situation. Clearly there are many others who would like to have this cockpit, but I hope our two see it that way as well and we can go on with this driver combination," added Wolff.

Before the future arrives, however, the eyes of the world will be on Hamilton and Rosberg this weekend in Abu Dhabi as their 2014 championship battle reaches its conclusion. Asked who the favourite is, Wolff told ORF: "I have been asked this question time and time again in the past days. Mathematically, the numbers are on Lewis' side, but we (Mercedes) want to behave neutrally."

"Lewis is in the lead and a second place will be enough to be world champion, so Nico has to hope for a third place or worse (for Hamilton). If you look on the basis of the last few races, then everything points to another one-two," he admitted. (GMM)
F1 News Fernando Alonso Lewis Hamilton Nico Rosberg Mercedes
<< Previous article Next article >>
.