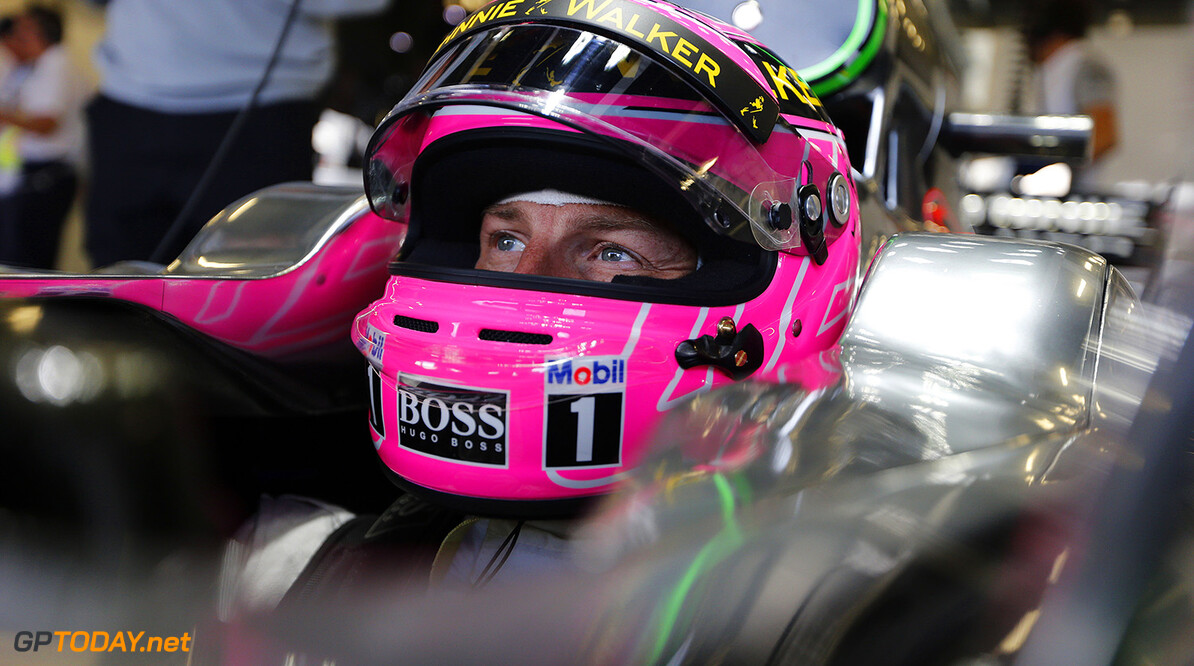 Complete nonsense that Button is axed for 2015 - McLaren

McLaren has rubbished rumours Jenson Button already knows he will not be driving for the Woking based team in 2015. A story swept the Silverstone paddock that Ron Dennis has actually told F1's most experienced active driver that he will not be presented with a new offer beyond his 2014 contract.

Button, 34, earlier reacted coolly to Dennis' claim he should "try harder", and in a subsequent interview he insisted he is "not thinking about" the future yet. "Anyway, I can't talk about contracts," he is quoted by Speed Week. "No driver can." As for the Spanish sports daily Marca's claim that Dennis has told Button he has no place for 2015, a McLaren spokesman dismissed it as "complete nonsense".
More about McLaren


Ultimately, Button may be granted at least one more year in silver, with team boss Eric Boullier admitting McLaren may not be ready for a truly top driver like Fernando Alonso, Sebastian Vettel or Lewis Hamilton. "Currently, we only want to find out what situation they (other drivers) are in," the Frenchman is quoted by Speed Week.

"Because it's about the total package. So it is not a question of having a world champion in the car at any cost. You don't want that if your car is two seconds slower than the best -- it would not only be expensive, but also difficult to handle. We will decide when everyone is ready," Boullier said. (GMM)
F1 News Fernando Alonso Jenson Button Lewis Hamilton Sebastian Vettel McLaren
.