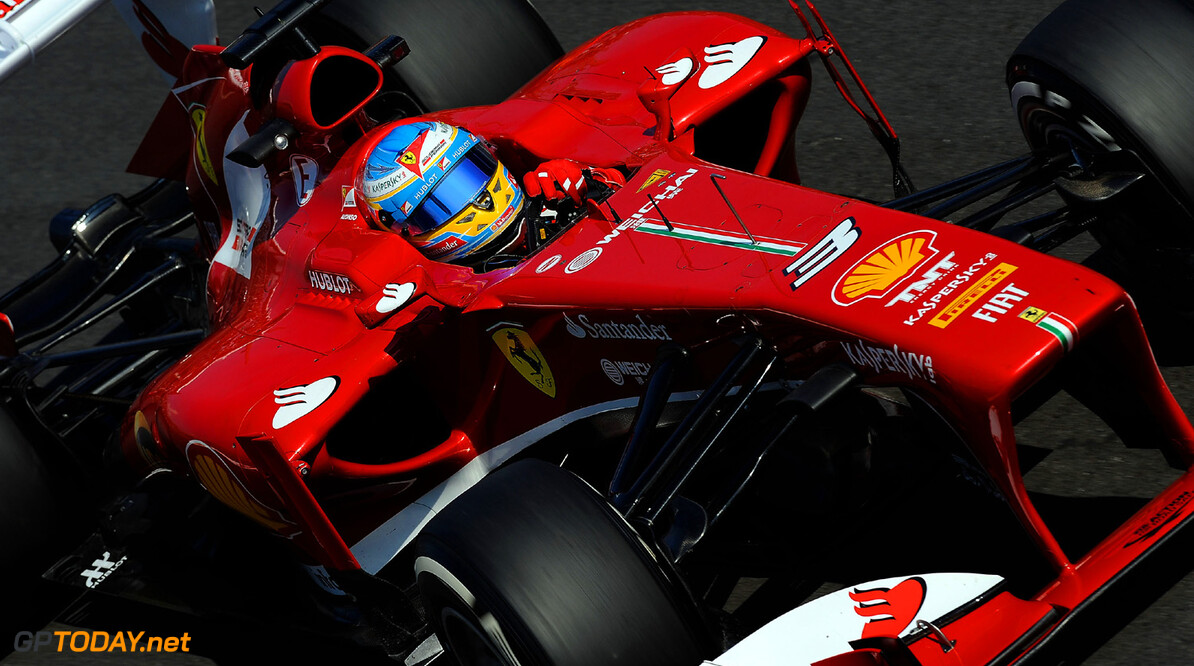 Alonso likes to do his talking on the track

Fernando Alonso has opted not to respond to his boss Luca di Montezemolo, after the Ferrari president gave the driver "eight out of 10" for his 2013 season. Earlier, Alonso said he was proud to have secured the runner-up spot behind dominant champion Sebastian Vettel this year, despite the Ferrari not being the second fastest car.

Alonso and Montezemolo have had a fraught relationship this year, in which the driver had his ear "tweaked" for being publicly critical, and Alonso flirted with moves to Red Bull and McLaren, despite his ongoing contract. Now, after Montezemolo said this week that Alonso's performance could not be rated a perfect 10, the driver was asked by Spanish reporters in Brazil what rating he would give himself.

"I do not give a rating," he insisted, according to EFE news agency. "I did my job and I hope that it is valued as much as possible." AS sports newspaper quotes Alonso as adding: "I like to talk on the track. "But I am proud of this runner-up (position) because I did it with the seventh or eighth (best) car on the grid. Last year I was more sad because I lost it (the title) in the last race, but this year I am more proud of my achievements."

When told about Montezemolo's ranking of just 8 out of 10 for Alonso, Spanish rally legend Carlos Sainz responded: "What rating was Massa given!? Well, it's too low a rating," he told El Confidencial newspaper. "I think Fernando did a '10' season."

Meanwhile, Alonso admitted on Thursday that he almost had to sit out last weekend's US grand prix due to back pain, headaches and dizziness. "I am ok now," he is quoted by La Gazzetta dello Sport, "but had there been a race the week after Abu Dhabi, I definitely would not have been able to drive. Pedro (de la Rosa) was on standby," Alonso revealed. (GMM)
F1 News Fernando Alonso Sebastian Vettel Ferrari McLaren
<< Previous article Next article >>
.