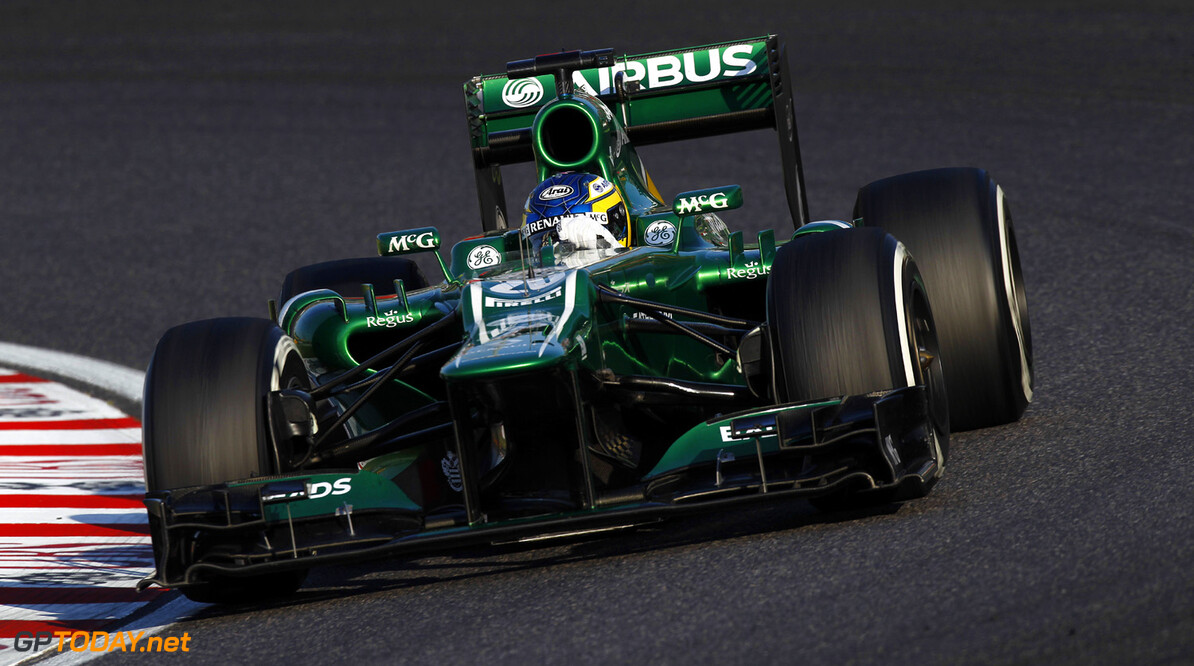 Giedo van der Garde: "Korea and Japan were two quite tough weeks with races that didn't go to plan for me so I want to get back to the performance levels that have been building up since Hungary at the next two races in India and Abu Dhabi."

"Japan obviously ended a whole lot earlier than planned and we've looked at all the data from the first lap off I had after the contact with Jules - when I hit the barrier the impact registered around 20g which is by quite a long way one of the biggest accidents I've had in my career. It just shows how far F1 safety has come that I was out of the car and back in the team's hospitality unit within about 20 minutes and when I looked at the shots after the race I realised that it was, honestly, quite a lot of a bigger shunt than it had felt like in the car."

"So, on to India and another track I tried for the first time last year in FP1. It's a proper drivers track, one that has elevation changes and a few really challenging corners and there's a couple of overtaking opportunities, especially turn four at the end of the long straight. It's going to be hot and hotter track conditions have suited us all year so the aim is to maintain the gap to our nearest competitors throughout the weekend and get back to fighting cars ahead on Sunday afternoon, putting ourselves in a position to take advantage of anything that happens up ahead."

Charles Pic: "Next we're heading to India and then Abu Dhabi straight after for the next back-to-back flyaways this season. It's a very tough schedule on everyone but, as we showed on Sunday in Japan, we keep fighting and the whole team is focused on grabbing any opportunity that comes our way."

"I raced for the first time in India last year and, like most of the drivers have said, it's a great track, one of the best of the modern era. I had a strong race there in 2012, particularly at the start where I made up five places, so the aim is obviously to do the same again in 2013 and keep pushing the teams ahead where we can."

"The track itself is a good mix of a few quick bits, especially into turn five and through ten and eleven for example, and a bit more stop / start like turns one, two and three, but the main thing is to find a good rhythm around the whole lap to get the most out of the car, like Spa for example. As the track evolves so much over the weekend you don't really find the quickest pace until quali and then the race itself as the track is so dusty on Friday, and then again on Saturday morning. They did make some improvements last year to help manage that, including washing the track each evening, so hopefully it will be better again this year."

"With such a short amount of time in India I won't have a chance to explore but that's something I'd like to do one day. We go to so many cool places but the race weekends are always busy and there's no time to properly look around, but from what I saw last year, India's an amazing place and one I'd like to come back to one day to really find out what it's all about."
F1 News
<< Previous article Next article >>
.