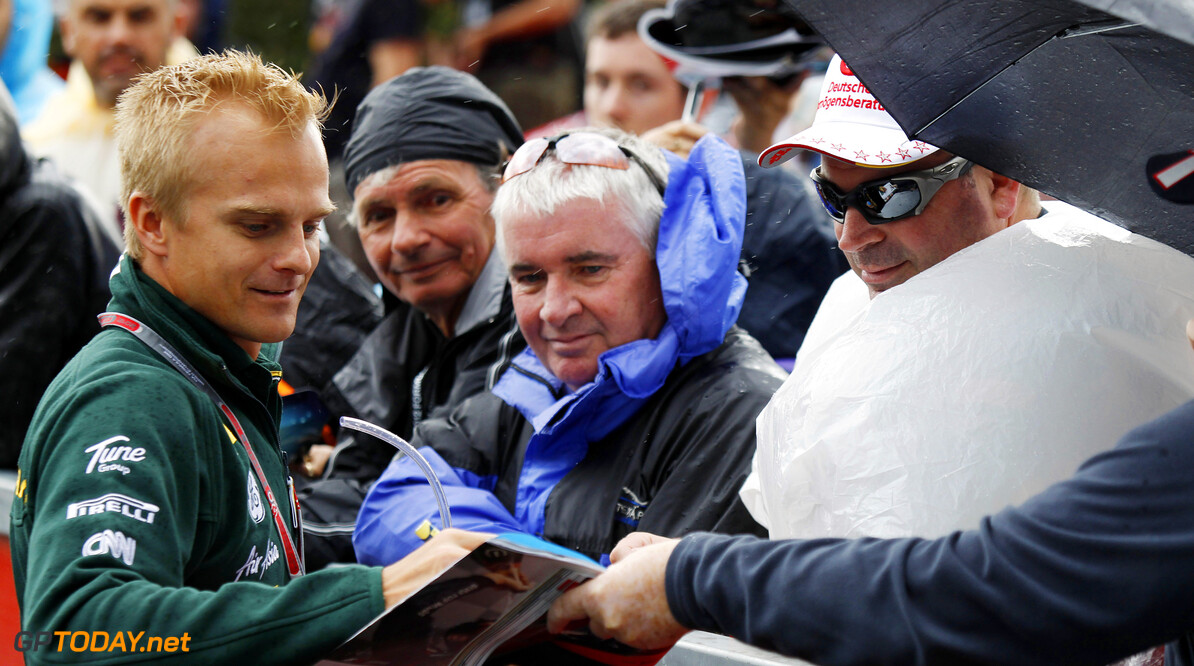 Caterham supremo Tony Fernandes has admitted Heikki Kovalainen is in the running to return to a race seat in 2014.

The Finn was ousted in favour of two 'pay drivers' this year as Caterham decided instead to focus its resources on preparing for the huge rules challenge of 2014.
More about F1 News


"We were trying to save for 2014," Malaysian Fernandes, on a now rare trip to the paddock in Singapore, said.

"This is the state of formula one right now where unfortunately sometimes the budget plays a large part in your decision making."

Realising it had taken a step backwards relative to the competition, however, Caterham drafted the highly-rated Kovalainen back into the reserve role and gave him four practice outings at grands prix this year.

Asked what chance Kovalainen, 31, has of returning to the race seat in 2014, Fernandes told Turun Sanomat newspaper: "(A) big chance.

"I don't want to say more than that. Heikki is still with us, he is a big part of this family," he added.

It is believed Charles Pic's seat is secure for 2014. Caterham's other race driver this year is the Dutchman Giedo van der Garde.
F1 News
<< Previous article Next article >>
.