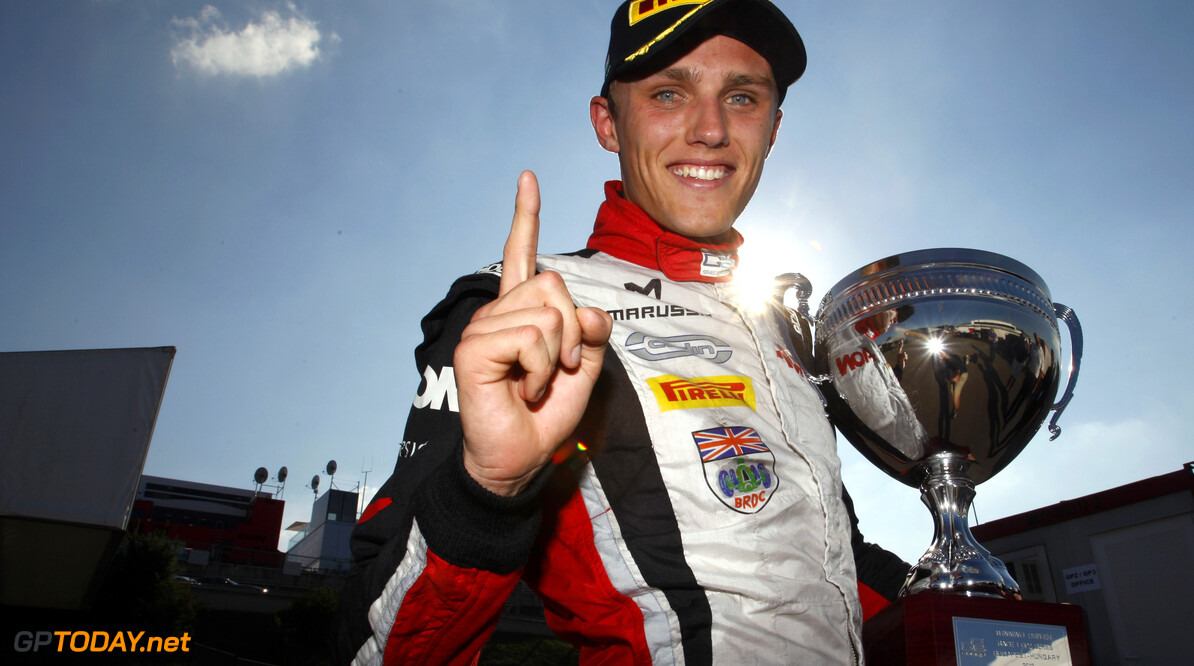 Max Chilton to race for Marussia next season

The Marussia F1 Team is pleased to announce that Max Chilton will make his Formula 1 racing debut with the team in 2013.

The 21 year old Briton is the teams incumbent Reserve Driver, a role he was appointed to with effect from the 2012 Japanese Grand Prix, following an impressive showing with the Marussia Carlin GP2 team, part of the Marussia F1 Team Young Driver Programme. His 2013 race seat will see him embarking on his first season of Formula 1 racing and the fulfilment of a personal career dream spanning eight years of karting and junior formulae experience. He will also be one of four British drivers on the grid next season.

The Marussia F1 Team have provided Max with two separate driving opportunities with which to demonstrate his talent and readiness for a Formula 1 race seat - at the 2012 Young Driver Test at Silverstone in July, and more recently the Free Practice 1 session at the Abu Dhabi Grand Prix last month. On both occasions, Max has impressed with his speed, quality of feedback, ability to set up the car and potential for being able to contribute to its development. Not only that, but Max has proved an extremely popular addition to both the team and the Formula 1 Paddock in recent months.

John Booth, Team Principal, Marussia F1 Team: "We are delighted to welcome Max to the role of Race Driver with the Marussia F1 Team for the 2013 season. We have spent a significant amount of time evaluating his performances during 2012, both in our own car in a testing situation and also from the pitwall as we monitored his progress alongside the other members of our junior talent pool during Grand Prix support races."

"We felt confident enough in his ability and potential to appoint him to the role of Reserve Driver in September and since that time his development has been rapid in all aspects. First and foremost, he has shown himself to be extremely capable in the car. Most recently, in Abu Dhabi, he was put to the test in a competitive environment which included providing him with an opportunity to demonstrate his outright pace and consistency over a single lap. We saw just how much he has progressed even since the Silverstone test in the summer and through the succession of GP2 races thereafter, when he achieved two pole positions and two race wins."

"Not only that, Max very quickly embedded himself within the team, thanks in no small part to the fact that he is a lively and affable character who we've enjoyed having around. Having been integral to our race weekend engineering environment for the past three months already - as well as having undertaken a significant part of our simulator programme - Max has already found his feet."

Max Chilton: "It's hard to put into words how I'm feeling today, with the announcement that I will be racing for the Marussia F1 Team in 2013. It comes at the end of what has been a fantastic year for me, and those steps - my GP2 pole positions and wins, my performances in the F1 Young Driver Test and in FP1 at Abu Dhabi - have given everyone the confidence in my ability to compete at the highest level of motor sport."

"I am very fortunate to have spent the last six races with the Marussia F1 Team as Reserve Driver, which means that instead of a standing start, I am already up to speed and at ease with the people, the culture, the systems and of course, the 2012 package. During the period since the Japanese Grand Prix, I have watched at very close quarters the incredible commitment and determination to succeed that saw everyone in the team pushing until the very last race. I feel very lucky to be able to embark on my F1 racing career with this group of people."

"Pre-season testing is just a few weeks away, so my focus now is to continue my physical preparation whilst spending as much time as possible working with the technical team to help develop the car I will drive in my debut F1 season."
F1 News Marussia
<< Previous article Next article >>
.