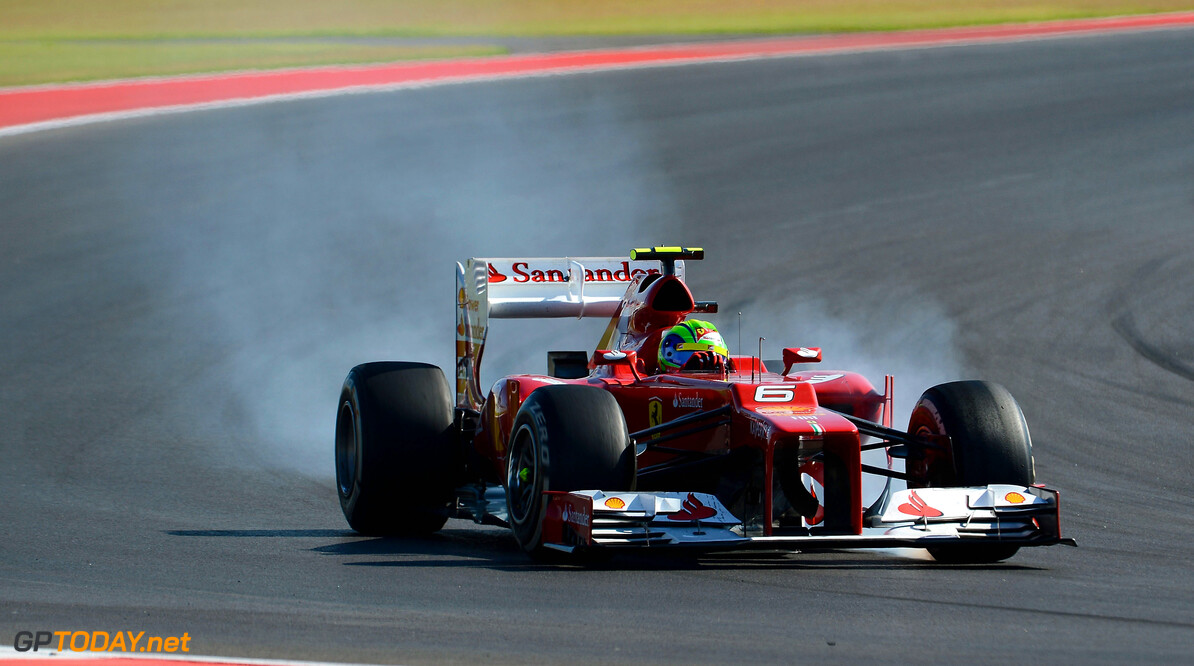 Felipe Massa has revealed that amid his tumultuous 2012 season, he thought about quitting. When the Brazilian mounted the podium in his native Brazil on Sunday, he openly cried. Following a dire start to his 2012 campaign, and indeed a fallow few seasons since his almost fatal injuries of 2009, the 31-year-old has managed to recover his form more recently.

Former F1 driver Marc Surer told Speed Week: "I think the reason (for the turnaround) is twofold. First, even a rock like Alonso is not endlessly resilient. The title fight against Vettel, usually with a slower car, has exhausted him. I also believe that a number of improvements to the Ferrari have matched Massa's style of driving more than Alonso's," he added.

Whatever the reasons, the fact Massa pulled his career from the brink to secure a new deal for 2013 culminated in his tears on the Interlagos podium. "First of all I was on the podium, which is a great emotion," Massa told Sportv's Bem Amigos programme. "But I think I was crying more because of the difficulties than the joys," he admitted.

"I have taken a lot of punches, and even thought for a moment 'do I want to do this?' I had started to think above my head, which had gone into space. From there I started to think the way I had always thought again. Behind the podium, I was normal -- I was congratulating Vettel, enjoying the moment. But the minute I looked at all the stands screaming my name, my wife, my family, my friends, all my mechanics, my team ... then I fell (into crying)." (GMM)