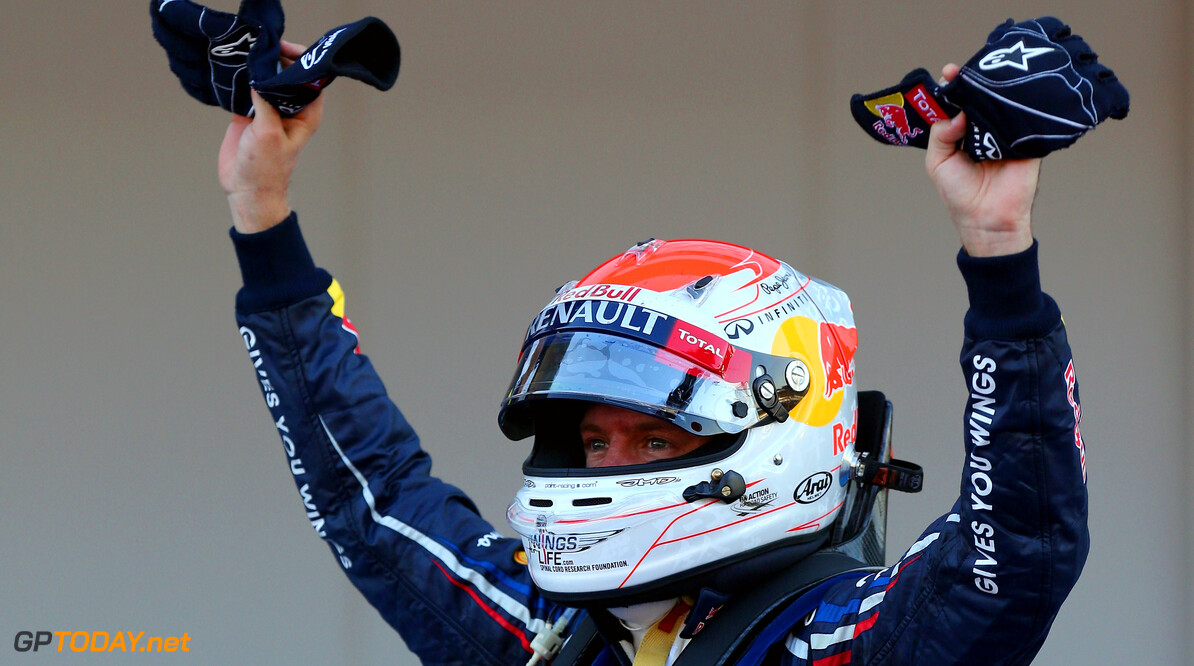 After sealing his third consecutive drivers' title on Sunday, Sebastian Vettel bemoaned the "dirty tricks" his rivals deployed to try to stop him. "A lot of people tried to play dirty tricks," the German said in a television interview immediately after the Brazilian grand prix. Reporters furrowed their brows, wondering what Red Bull's 25-year-old German was referring to: Ferrari's deliberate gearbox penalty in Austin, perhaps, or Felipe Massa's blocking tactics at Interlagos?

Maybe the incessant and destabilising rumours of Vettel's switch to Ferrari, or suggestions Red Bull only wins because its car is illegal or the team refuses to stick to budget restraints? "People tried everything, inside the lines and outside the lines, to beat us," he insisted. Vettel refused to be much more specific than that. "Sorry but I think I've mentioned everything I have to mention," he said. "I think it's clear but it's not for us to rate ... we have to focus on what we have, what is in our hands and getting excited about what others are doing -- what's the point?" added Vettel.

He admitted, however, that given Red Bull's on and off-track struggles in 2012, victory in the end was particularly sweet. "It is always important that you are happy with what you see in the mirror," said Vettel. "There is no point in being a fake or trying to cheat. I have made mistakes like everyone else, but the way I was brought up, I was told to be honest."

Vettel's defeated title adversary Fernando Alonso did not congratulate Vettel in his official post-race statement, but he insisted he did not feel beaten in Brazil. "The championship was not lost here," France's RMC Sport quotes him saying. "I lost the championship earlier, like when Grosjean went over my head (at Spa). There are many situations of the season that make me think about these 3 points, but that's sport. Even though I finished second, I have never had so much respect and affection from the people in the paddock. It is the first time that not only the fans, drivers, old drivers and even the teams have all told me that we did the best championship," said Alonso.

His countryman, former Toro Rosso driver Jaime Alguersuari, agrees. "The result in Brazil underlined that he (Alonso) is the world champion in terms of what he deserves," he told Mundo Deportivo newspaper. "Sixth place for Brazil meant Vettel finished his third consecutive title in points and engineering talent," said Alguersuari. (GMM)