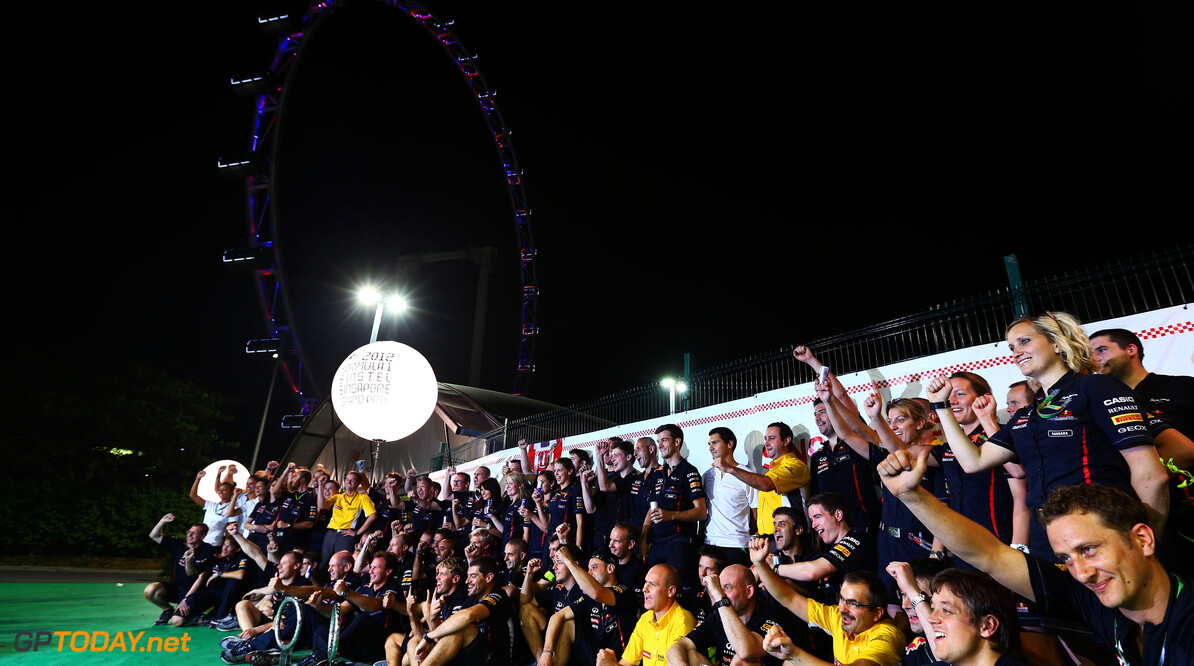 Red Bull Racing is on the brink of wrapping up the 2012 constructors' championship. The 2010 and 2011 title winners - whose German driver Sebastian Vettel also secured back-to-back drivers' championships - are 82 points ahead of nearest challengers Ferrari with just two races to go.

The drivers' title is the one hailed by the media and fans, but the constructors' championship is highly lucrative -- worth, according to Speed Week, about $100 million to the winner. Sir Frank Williams, whose eponymous team has won 9 constructors' titles, said: "The team that gets the most points, has done the best job. The drivers come and go, the team stays," he added. (GMM)