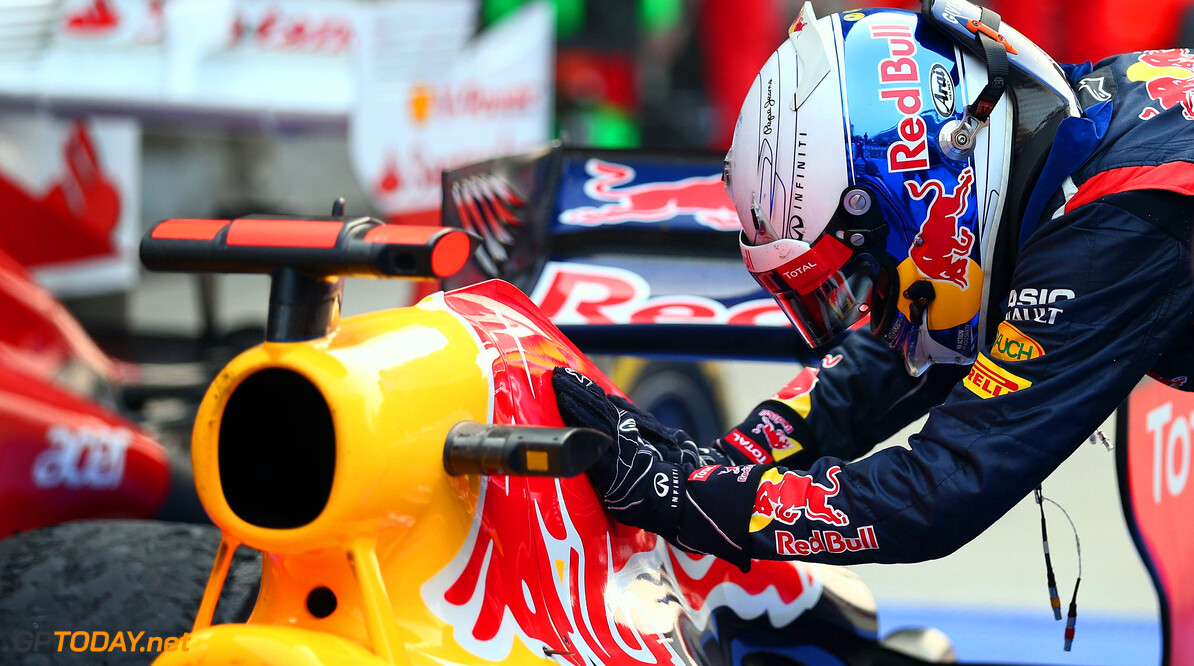 Depending on who he spoke to after Sunday's Abu Dhabi grand prix, Fernando Alonso insisted his glass was either "half full" or "completely full". Whichever, the Spaniard's public optimism and fighting spirit cannot be higher, but he did confess to at least some disappointment after the sweaty race at Yas Marina. "It's true that with Sebastian (Vettel starting) last there was an opportunity to reduce the gap more significantly," said the Ferrari driver.

Indeed, while mid-race calculations had Alonso theoretically back in the lead of the championship, Red Bull's Vettel - having started in the pitlane - ultimately finished third. He therefore only lost 3 points to Alonso, with the gap now 10 with two races to go. Alonso, reverting to his favourite samurai quotations, remains defiant. "A samurai works without hesitation, without fatigue or the slightest discouragement until the goal is complete," he wrote on Facebook.

But Alonso might be forgiven for feeling slightly discouraged, after Vettel struggled through the field early on and then had to do it all after crashing through a polystyrene trackside marker whilst behind the safety car. Lewis Hamilton, who was leading in his McLaren until it broke down, said: "I got to watch the (rest of the) race and it was incredible how Sebastian came up from the pitlane. He must be the luckiest person in formula one."

Hamilton is referring to how the deployments of the safety car minimised the damage of Vettel's disrupted charge through the pack. "Vettel got lucky with the second safety car," agreed Hamilton's McLaren teammate, Jenson Button. "He did very well on the prime tyres, the car is quick, but if he didn't have those two safety cars he wouldn't have been up there."

Ferrari's Stefano Domenicali is quoted by Tuttosport: "Vettel had a great race but he was lucky with the two safety cars." Red Bull figures, however, unashamedly extolled Vettel's drive. "I think any doubts anyone has about his ability to fight were ended today," boss Christian Horner said. Dr Helmut Marko added: "Sensational, incredible. I can't remember anything like that from the past 20, 30 years," he told German television.

Whatever the analysis, Vettel has achieved his first 'match point' of the 2012 championship, meaning that if he scores 15 points more than Alonso in Austin, he will secure the title with the Brazil finale to spare. A non-score for Alonso in Austin, for example, will mean Vettel can wrap up his third consecutive drivers' crown with a podium finish. "First we want to exhale and relax for a few days before we focus again," Vettel told F1's official website. "And yes, if the chance is there, why not make it game, set, match?" (GMM)