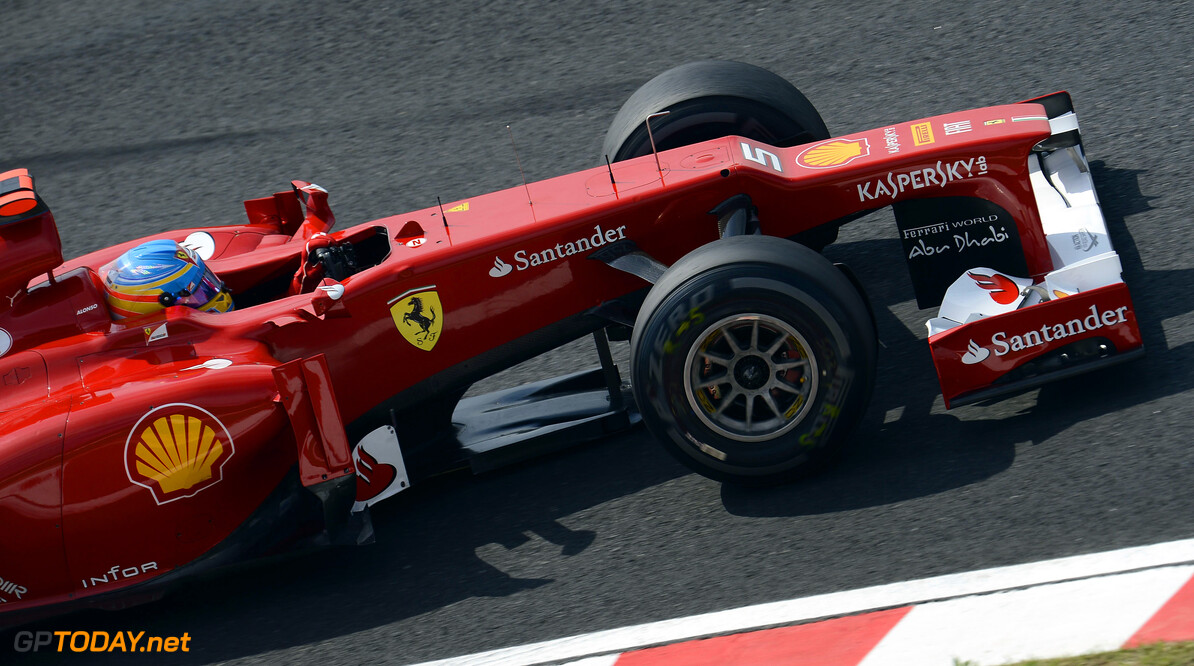 With the title battle now essentially a head-to-head between Sebastian Vettel and Fernando Alonso, Ferrari has acknowledged that its F2012 was outclassed by Red Bull's improved single seater at Suzuka last weekend. "We cannot go at Sebastian's pace at the moment," Ferrari president Luca di Montezemolo is quoted as saying by German Bild newspaper. "I expect a huge effort from our engineers now."

Alonso's teammate Felipe Massa, who finished second behind Vettel in Japan last Sunday, added: "Red Bull had a much faster car than everyone at Suzuka. It was hard fighting with them in qualifying and virtually impossible in the race," he is quoted by Brazil's Totlrace. "Let's see, but I hope that each track is a different story."
More about Ferrari


At Suzuka, Ferrari team boss Stefano Domenicali said he understood Alonso's frustration when he wrongly surmised that Ferrari had not improved the F2012 in the last six races. Spaniard Alonso said the media spotlight is always brightest on Ferrari. "A lot's been said about us," he said. "If we try a wing once, then don't use it, it becomes news, but these things happen regularly in all teams," insisted Alonso.

Ahead of Korea, where he will defend a mere 4-point advantage over Vettel with five races still to go, he said he is confident Ferrari can improve the car. But in Japan, even before seeing his championship lead shrink in the Suzuka gravel trap, Alonso had said his 2012 advantage was a "miracle".

Now, he insists: "We have not been gifted anything, indeed Spa and Suzuka deprived us of places that were easily within our grasp. It's not through some sort of divine miracle that we are in this position, it is down to the work of all us, from first to last."

Speaking at an Italian university this week, Montezemolo said he had spoken "at length" on the telephone with Alonso since Suzuka. "We will play to the end and I have great confidence in the drivers," he said, also referring to Brazilian Massa who is now expected to stay in 2013. "If Alonso had not been put out at Spa and Suzuka then we would still have a great safety (points) advantage," added the Italian. (GMM)
F1 News Fernando Alonso Felipe Massa Sebastian Vettel Ferrari
<< Previous article Next article >>
.