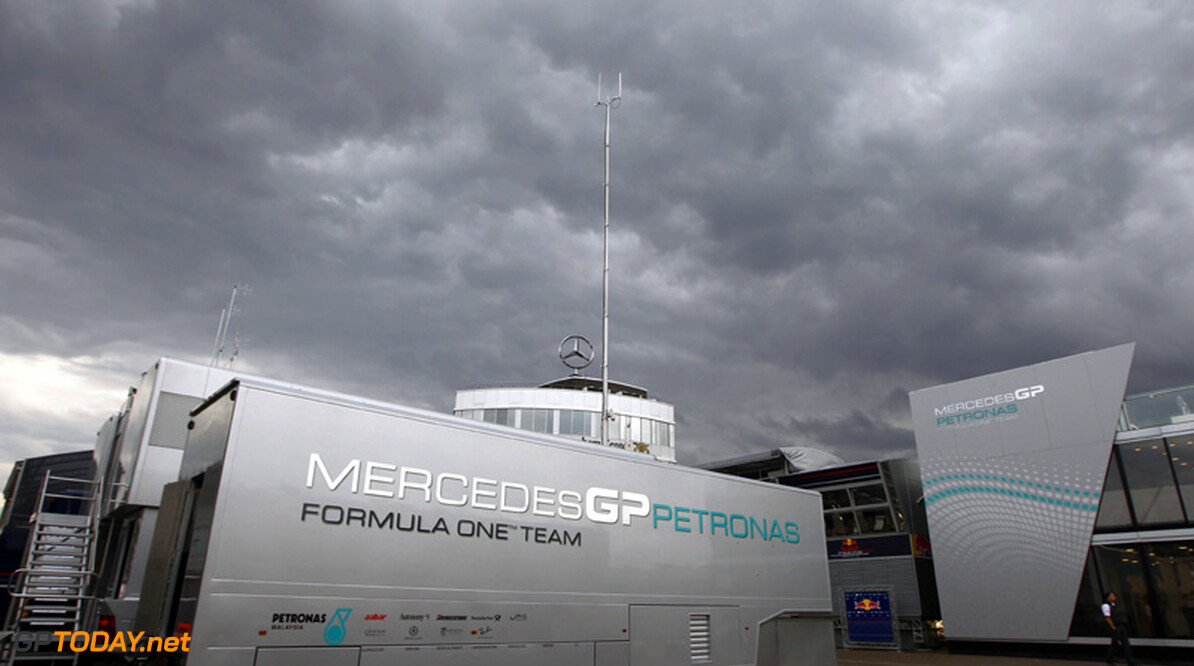 More publications and sources are reporting rumours Mercedes could be looking to reshape its commitment to formula one. The latest edition of the French weekly Auto Hebdo reported that, still yet to agree a new Concorde Agreement deal, the Stuttgart carmaker could field only a 'semi-official' team from 2014. The report said the move, with Mercedes remaining an engine supplier but taking a more engineering rather than managerial focus, could see the Brackley based team rebadged as 'AMG', which is the German marque's high performance arm.

A similar story, reportedly due to "increasingly insistent rumours", is now being told by Italy's Autosprint. That report said the 'AMG'-solution is a "compromise" in light of the Mercedes board of directors pushing hard for a full formula one withdrawal. Autosprint said the directors are unsatisfied that, three seasons after the Brawn GP rebranding and the reunion of Ross Brawn and Michael Schumacher, all Mercedes has to boast is Nico Rosberg's single win. The report said the "greatest advocate" of the Mercedes GP project has been Daimler chairman Dieter Zetsche, who will reportedly step down within a few months.

Also reporting that a "radical change" in Mercedes' F1 commitment is shaping up is French commentator Jean-Louis Moncet, who in his Auto Plus column cited a source who is "known for the veracity of his information". That source said the matter will be finalised at Mercedes' next board meeting. (GMM)
F1 News Nico Rosberg Mercedes Brawn GP
<< Previous article Next article >>
.