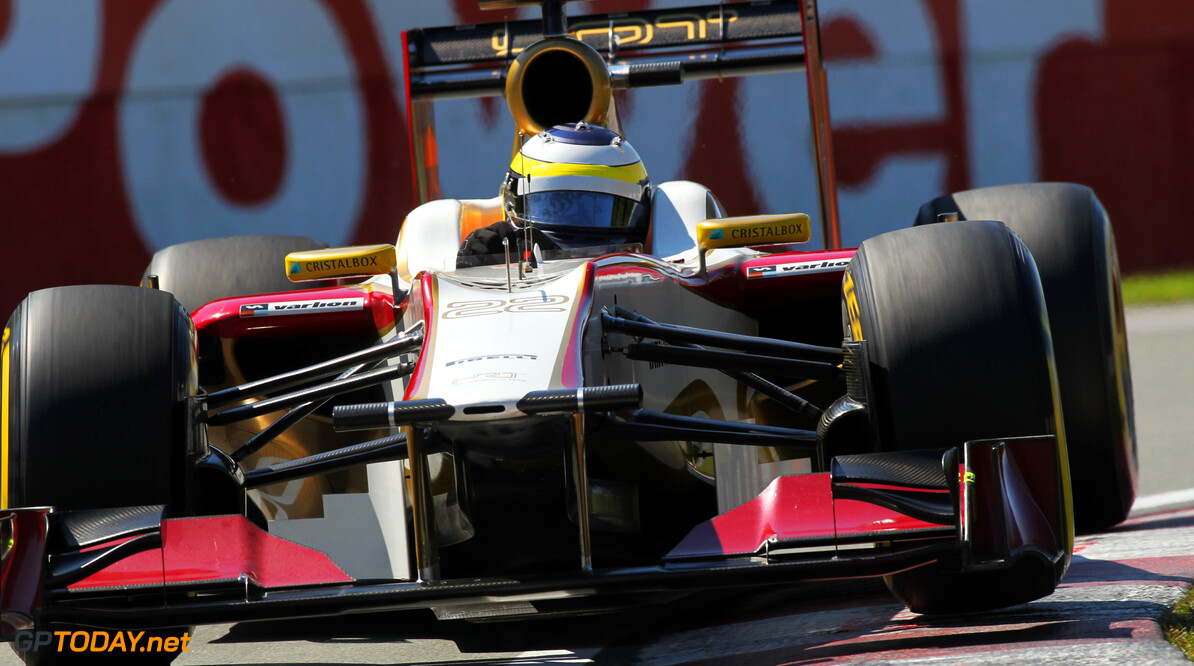 With the tenth race of the calendar completed in Hockenheim, and the halfway stage of the season surpassed, the Formula 1 World Championship heads to Hungary immediately. With no time to rest, the members of the team and the trucks with all the material headed for Budapest once the race was over. At the Hungaroring Pedro de la Rosa achieved the best result in his Formula 1 career by finishing the 2006 Grand Prix in second place. Narain Karthikeyan, on his behalf, has only raced once at the Hungarian track in 2005 and he finished 12th. The team will aim to maintain the good form shown in Hockenheim and will make one final effort before recharging its batteries in the summer break. Dani Clos will take part in the first free practice session for the fourth time this season and will replace Narain Karthikeyan.

The Hungaroring is a high downforce circuit made up of many slow corners and a track where a soft suspension is needed. It's one of the shortest circuits in the championship but, at the same time, one of the most demanding ones as it has a lot of corners and changes in direction.Pirelli has elected its medium and soft tyres for this Grand Prix.

Pedro de la Rosa: "The Hungaroring is the permanent Monaco and a circuit where I have very good memories since I achieved a podium there in 2006. I'm really looking forward to going this year because it's a circuit where our car should adapt pretty well, as there are many slow corners. It's similar to Monaco, and we were pretty competitive there, so I'm full of hope. The asphalt evolves a lot throughout the weekend and the track gets quicker so its very important to interpret this. In Germany we had a good performance and a good race so were looking forward to Hungary because we should do better there."

Narain Karthikeyan: "I've only raced once in Hungary, in 2005, and I remember it being quite a technical and challenging track. Seven years have passed since then so Im going to have to work hard and make the most of the practice sessions to get used to the track. The car should adapt well and were also arriving with a good feeling after the German Grand Prix, so the ideal thing would be to finish off that good work with another positive result in Hungary so that we can go on holiday feeling good about ourselves."

Dani Clos: "I'm really excited about having another opportunity to drive the car in the first free practice session in Hungary. It will be the third consecutive Grand Prix and the fourth time this season that I get into the F112, and I hope to transform that continuity into a good rhythm and a positive result on the track with which to make my contribution to the team. To not compete is something new for me so I have to enjoy and make the most of these opportunities presented to me to continue learning."

Luis Pérez-Sala, Team Principal: "We arrive at a different kind of circuit to the one in Germany because the Hungaroring has a lot of slow turns and few straights, meaning that overtaking isn't easy. Dani will drive in the first free practice session once again and his work, just like in previous events, will definitely be of great use to the team. Both Pedro and Narain are in a good moment of form and given that in theory our car should adapt better to the characteristics of this track, I hope that we can continue with this progress to achieve a good result before heading out on holiday."
F1 News Pirelli
.