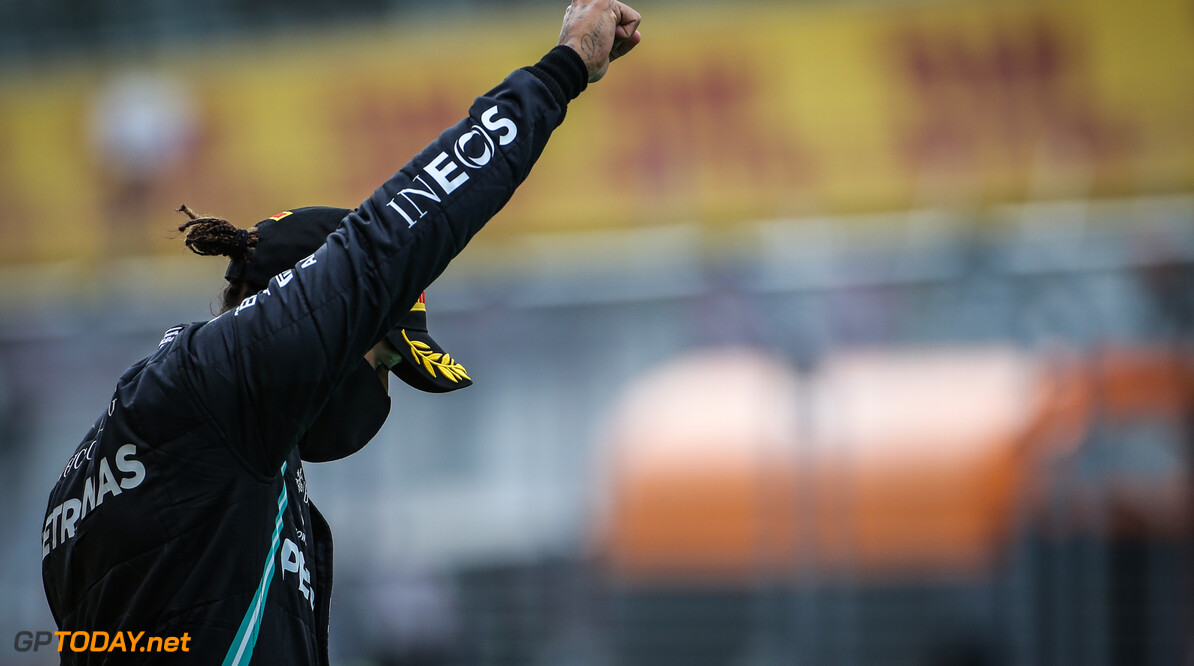 Lewis Hamilton has long proven himself as a commander of speed in Formula 1, and the reputation he has built up in recent years has slowly snowballed into talks of him being one of the all-time greats, rather than just superior on the current field.

In 2020, he goes in chase of Michael Schumacher's record of seven drivers' titles, a feat that years ago, some would've thought was impossible to match.

Hamilton's run of success makes it seem as though he not only has a chance to match Schumacher's record, but also to beat it and set the new standard of what it means to be the best in F1.

The Briton's win at the Styrian Grand Prix upholds his record as the only driver to have won a race in every F1 season they've competed in - a run that stretches back 14 championships.

But Hamilton is taking up another fight this year, as he enforces his stance against racism, taking clear leadership on the matter as the only black driver on the grid. 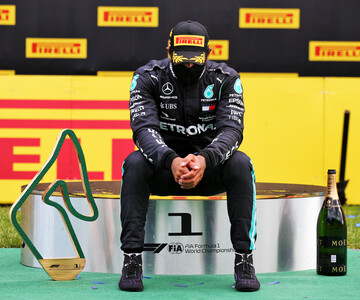 Any suggestions that Hamilton's activism is a distraction to him were demolished last weekend, with a worryingly dominant performance over the rest of the field throughout the weekend.

Coming off the back of what he described as a “psychologically challenging” opening round in Austria where he was pestered by penalties involving rivals Red Bull, he responded with a faultless weekend the second time around.

The tight margins that we are used to seeing in F1 these days compared to the wide gaps of decades gone by were obliterated on Saturday, as in the wet, Hamilton dazzled to place his car on pole position by over 1.2 seconds.

Hamilton described the weather situation as “probably the worst conditions we could probably get these cars around in” but he nevertheless “felt pretty much at home in the rain”.

In vastly different conditions on Sunday, Hamilton took advantage of the clear track in front of him at the start, controlled his gap to Max Verstappen behind, and cruised to his 85th career race win.

It was a typical, unsurprising display from Hamilton, and yet his performances are just as admirable as when he entered the sport as a fresh-faced rookie in 2007, taking the challenge to two-time world champion Fernando Alonso.

But it only reflects the high standard to which Hamilton has always performed. And even if Mercedes' advantage over the field limits Hamilton's competition en route to another championship, the Stevenage-born racer is driving while fighting another battle this year.

His outspoken manner on social media and push for equality has seen those who don't share his beliefs take to his posts and fire back at his activism.

But the calls to “Leave politics out of sport” and “Stick to driving” will only fall on deaf ears - Hamilton's relentless focus to achieve his goals has been clear all through his career and the new pressure he finds himself under will not deter him if history is anything to go by. 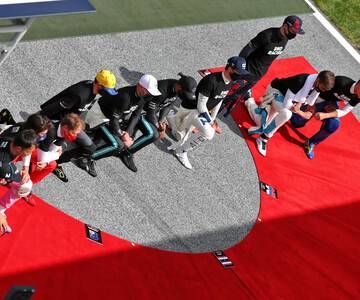 Grand Prix was enough, to which Hamilton asserted that the fight to achieve equality will not be done and over with after one single minute of solitude.

Speaking following the Styrian Grand Prix, Hamilton said: “Some felt like one [stance] was enough last week and I just had to encourage them that racism is here, going to be here for probably longer than our time here and people of colour who are subject to racism don’t have time to take a moment to protest and that be it.

“We’ve got to continue to push for equality and really to raise awareness of it so I don’t really know what else we can do moving forward but for me to have Valtteri and my team also lining and acknowledging and kneeling before the start of the race I think was really huge and I’m incredibly grateful for their understanding and this contribution to it.”

Hamilton has undoubtedly rallied the support of his fellow F1 drivers, even if some are unwilling to take a knee. But it seems the highest level of support comes from Mercedes, who has pledged to launch a diversity programme while also painting its car black for the new season..

“For me, as a team, we’re keeping the car black all year long so,” Hamilton said. “We’re going to be fighting and pushing for it all year and me personally, I think this is going to be a lifelong thing for me.”

With respect to Hamilton, he has more years behind him than ahead of him in F1, but his career path beyond his racing life is starting to take a little more shape.