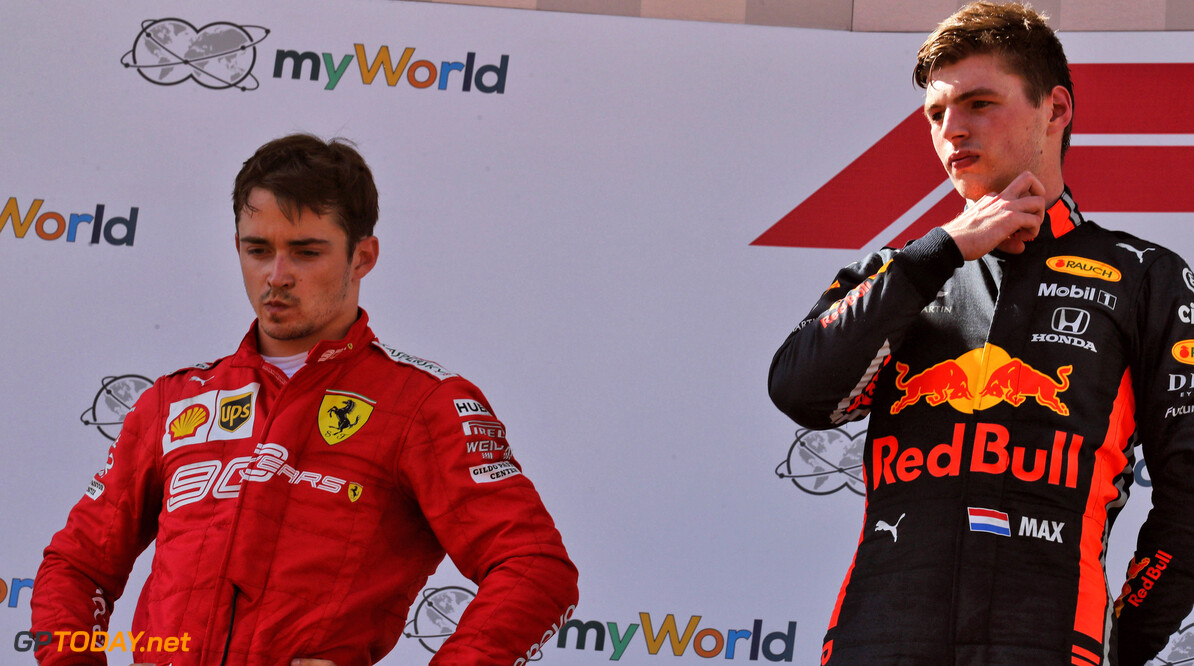 After the admittedly non-exciting and lackluster French Grand Prix one week ago, the duel in Austria was just what Formula 1 needed to revitalize spirits and give fans the boost that was badly needed.

The core of this year’s dwindling interest is fundamentally down to the lack of competitiveness at the front of the field, as we have witnessed Mercedes take victory after victory.

But it almost seemed destined that in the hills, hidden behind the greenery of trees and fields, we would witness a race that will live long in the memory of F1 fans.

Austria has often thrown up an enthralling race. In fact, it seems that every race since 2016 has provided exciting viewing. The high speed yet short length circuit gives a strong basis for the drivers to push and attack, allowing us to witness some great battles.

And we did get some fantastic battles throughout the 71 laps, but at the top of the pile lies the end-of-race scrap between Max Verstappen and Charles Leclerc.

These two are no strangers to fighting each other, having done so since karting when they were starting to mold a career towards Formula 1.

That wasn’t that long ago, as Verstappen and Leclerc are both only 21 years of age. And here they were, fighting in two of F1’s biggest teams for a race victory. That is what this modern day formula is all about.

While we praise and admire the experience and speed possessed by the likes of Lewis Hamilton and Sebastian Vettel, Austria’s top two today gave us an indication of what we have to come in the next few years, after the “older” generation move on from Formula 1.

Leclerc was understandably disappointed after losing a Grand Prix in which he performed so strongly – not the first time this year he has endured those distressing emotions: "The race was good, he said of his race. "At the end I had a bit more degradation than I thought so Max came back."

Verstappen continued to demonstrate why he is simply exceptional and, in this author’s opinion, currently the strongest driver in the field today.

“The pace was actually not too bad, got a big flat spot on my first tyre," he said. After the pitstop, we were flying, you could see on the straight we had good pace as well.

“So we could make a pass, of course extremely happy for the whole team, and also for Honda, we just started working together this year. To win here is incredible."

The first overtaking move saw some racing respect as room was left and Leclerc held onto his position. But on the second time of asking, it was pure racing as they went wheel-to-wheel for the ultimate prize. Bravo to both, and thank you for putting on such a great show. It most certainly will not be the last.

We can’t discuss the future generation without inserting Lando Norris into the equation.

Starting from fifth on the grid, the Briton pulled off a ballsy move around the outside of Lewis Hamilton and Turn 1, putting the McLaren into the top three.

It was a fantastic performance from the 19-year-old, who was never going to keep the likes of Hamilton and Vettel behind – but what is more impressive is that he has been driving in this eye-opening manner for multiple races now.

McLaren certainly seems to be on the rise, and has been performing at the head of the midfield on a consistent basis. While there is still a long way for it to go, its partnership of Carlos Sainz and Norris looks like the correct one to bring it forward.