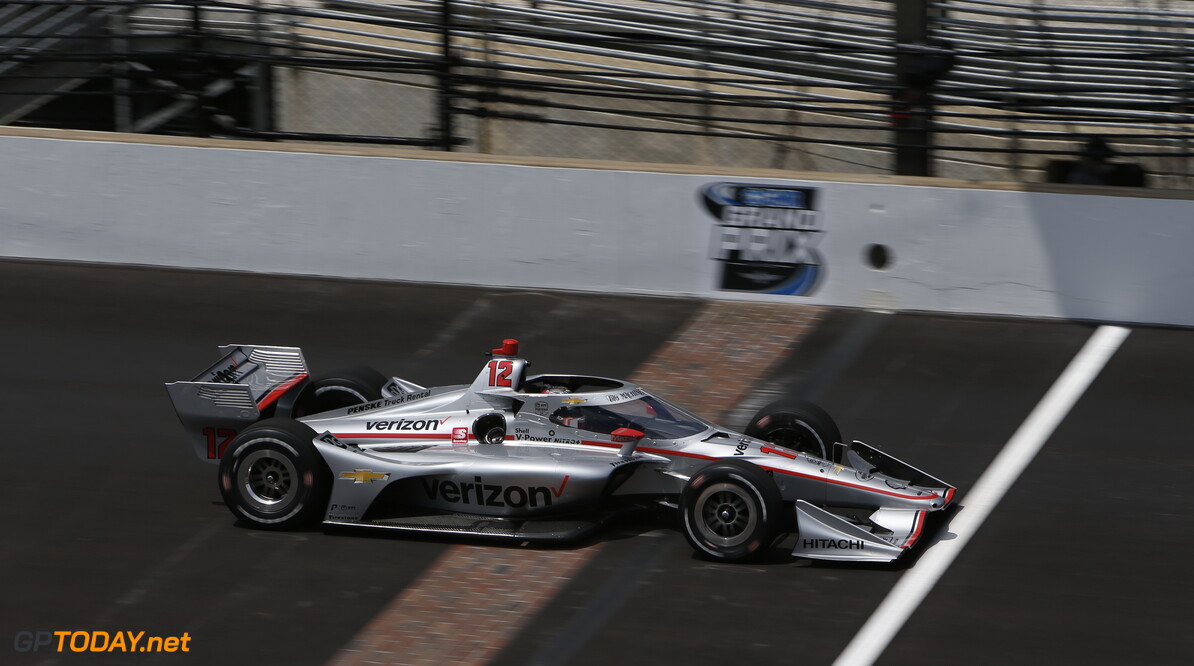 Team Penske's Will Power will start in pole position for tomorrow's GMR Grand Prix at Indianapolis after beating Jack Harvey to the top spot by 0.187 of a second. Colton Herta will start tomorrow's race in third position.

During the beginning of the first session, the Arrow McLaren SP duo of Pato O'Ward and Oliver Askew led the group before being separated by Felix Rosenqvist, with O'Ward leading the majority of the session.

Marco Andretti had a brief off-track excursion in the final moments as a number of drivers reached the top spot. Askew pulled out a quick lap to finish fastest in the first group, as Ryan Hunter-Reay just managed to reach the top six, scraping past O'Ward for the final spot by a tenth of a second.

As the second group got underway, Ed Carpenter Racing's Rinus Veekay went fastest before Scott Dixon moved up the order into first. Harvey was also looking to impress moving up to third halfway through.

Alexander Rossi just managed to get into the top twelve with a last-minute dart into the top six, but three-time Indy polesitter Power took the fastest time of the second group.

Defending race winner Simon Pagenaud struggled throughout the session and was the only Penske driver not to advance to the next stage of qualifying.

Graham Rahal and Askew will line up in fourth and fifth, while Josef Newgarden and Dixon qualified in sixth and seventh.

Hunter-Reay ran wide at turn twelve and went over the grass as the top twelve session got underway, but managed to stay out of the way of Askew behind, as the incident was put under investigation by race control. No action was deemed necessary by the stewards.

Power bowed out in the final seconds of the session but still managed fifth, with Askew going quickest out of the advancing six. Dixon missed out on the final session by six-hundredths of a second to reigning champion Newgarden.

With the final six-session getting underway on track, Harvey and Power set the early pace. Newgarden locked up coming into turn twelve in the final seconds and went wide off the circuit, as Harvey took a shock provisional pole position.

However, Power would go fastest to take the pole away by two-tenths of a second putting him into second of the all-time pole positions in IndyCar in the process. Herta finished the session in third, a further two tenths behind Harvey.

Eighth and ninth went to Conor Daly and Rosenqvist, while Carlin's Max Chilton rounds out the top ten on the grid for tomorrow's race.