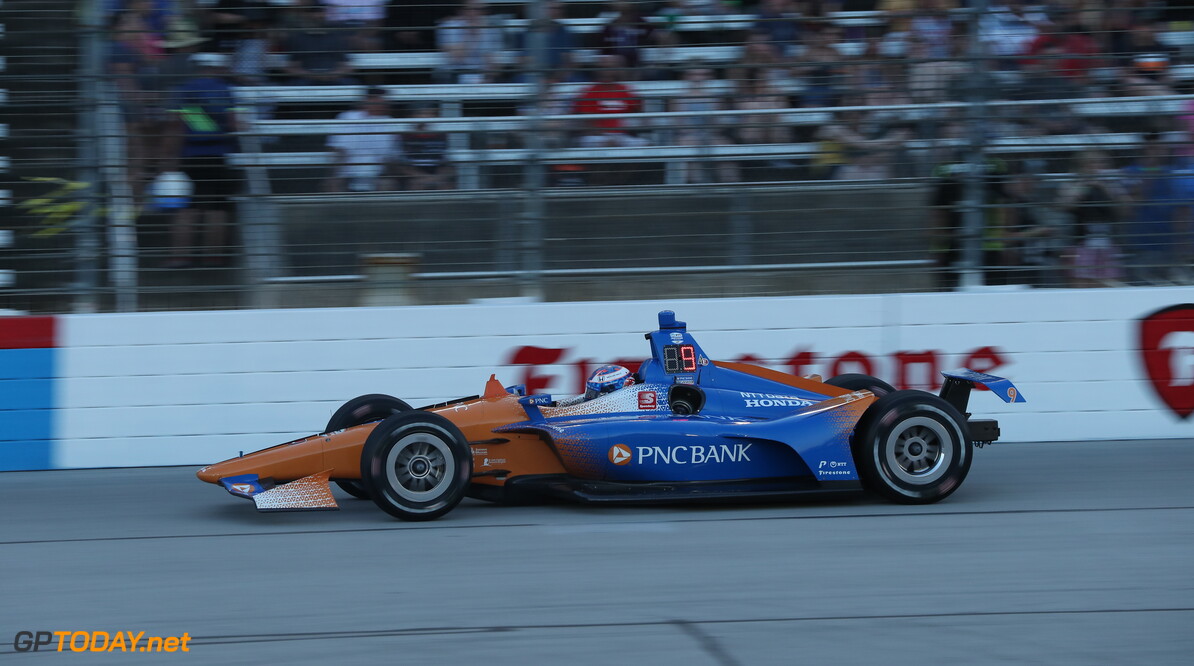 Chip Ganassi Racing's Scott Dixon has topped the practice session this afternoon for the Genesys 300 at the Texas Motor Speedway, setting a time of 24.000, just 0.169 of a second ahead of Colton Herta.

Rookie Rinus VeeKay led the session during the first thirty minutes but brought out the yellow flags early on in the session after an accident at turn four saw the Dutch driver spin into the outside wall.

Ganassi's Felix Rosenqvist set the pace in the first half of the session, while his teammate Dixon brushed the wall coming out of turn two, getting away without damage.

Pato O'Ward and Zach Veach finished the session in third and fourth, while Marco Andretti and Takuma Sato finished in fifth and sixth.

Coming up to the halfway mark, Andretti's Herta topped the timesheets, while Dixon worked his way up to second place. Sato was instantly on the pace when he left the pit lane after requesting a pedal adjustment in his cockpit, going as high as third on his first run.

Ed Carpenter was lucky not to suffer damage when he spun coming out of turn four, puncturing both rear tyres but avoiding the wall in the process.

As the circuit returned to green flag conditions following Carpenter's spin, it was Veach at the top of the board with a time of 24.4043, just over one hundredth ahead of teammate Herta.

Ryan Hunter-Reay was the next to hit problems after the session resumed, tagging the wall in turn two, damaging both front and rear suspension, while Marcus Ericsson managed to hold on to the car after a brief slide in the same corner.

With less than a half an hour to go, Dixon was able to get ahead of Herta at the top of the standings. However, Andretti and Simon Pagenaud went quicker to then go ahead of the Chip Ganassi driver, with Veach also hitting the top of the times.

Charlie Kimball and Santino Ferrucci came close to a coming together on track after Kimball narrowly avoided hitting the rear of Ferrucci as they came out of turn four.

Seventh and eighth went to Josef Newgarden and Pagenaud, while Graham Rahal and Felix Rosenqvist rounded out the top ten in the session.