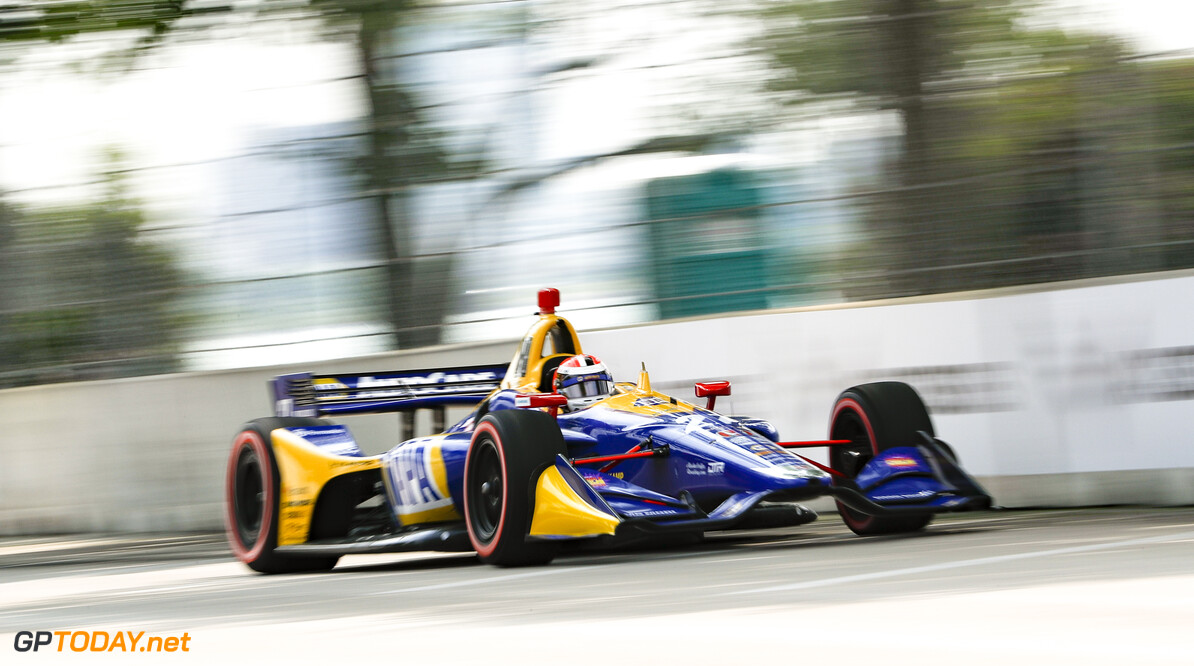 Alexander Rossi has taken his second pole position of the 2019 IndyCar season, as his time in his respective group was enough to take the top spot.

Rossi was out in group two as he traded the fastest time with his 2018 rival Scott Dixon, with the latter setting the second fastest lap in the group.

However, Josef Newgarden's lap in group one was enough to ensure a front row start for the start of Race 1, which will take place later this evening.

The second Chip Ganassi car of Felix Rosenqvist ended up in fourth place behind teammate Dixon, and was the lead rookie in the field.

The next placed rookie was right behind the Swede as Colton Herta, who was eliminated from the Indy 500 last weekend with a gearbox issue, set the fifth fastest time of the session.

Ryan Hunter-Reay will share the third row with Herta, ahead of the third rookie in the top ten - Patricio O'Ward.

Zach Veach showed impressive pace in group one, with his fastest lap shuffling him down to P8 after the final laps were set. Takuma Sato was ninth, while James Hinchcliffe rounded out the top ten.