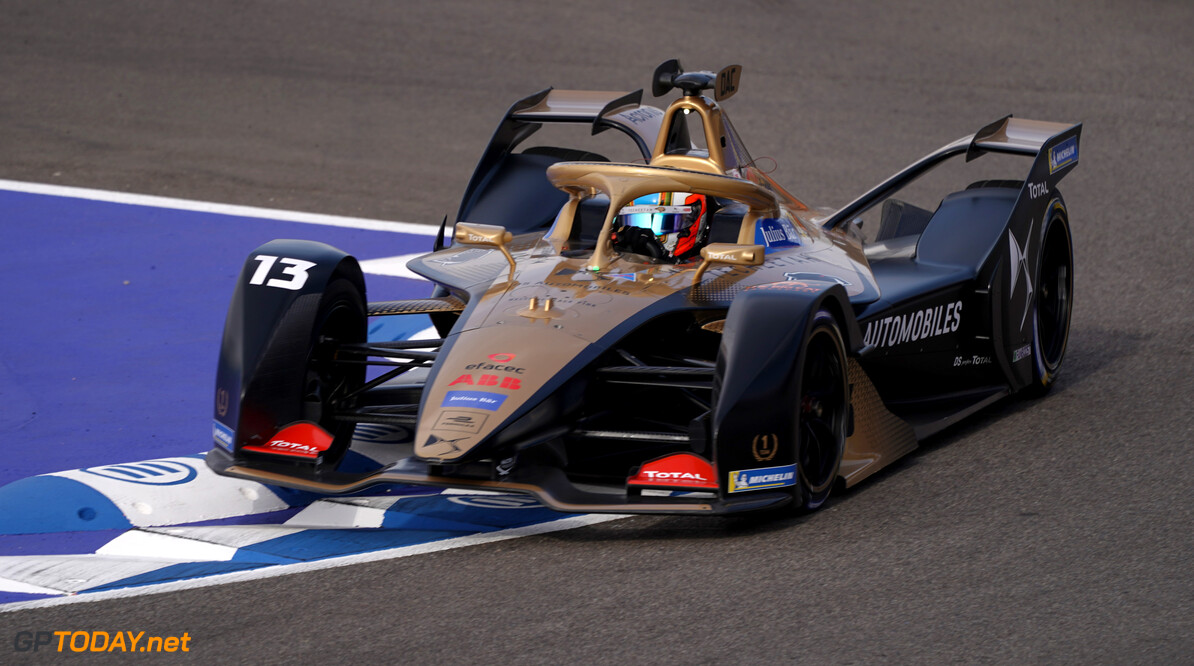 In the second race on the reversed Berlin ePrix layout, Techeetah's Antonio Felix Da Costa a lights-to-flag victory once again this afternoon ahead of Sebastien Buemi and Lucas Di Grassi.

After taking his second straight pole of the week, Da Costa let away from the line on the first lap as Buemi was challenged for his second place. Nyck De Vries and Alex Lynn jostled for third behind.

BMW's Alexander Sims was awarded a drive-through penalty for not being able to serve his twenty place grid penalty, as Buemi stayed within a second of Da Costa ahead.

Virgin's Robin Frijns was looking comfortable, moving up to third while Max Guenther moved down the orderer as he was forced to pit for a new wing and front tyre, rejoining the race in last place and a lap behind.

Buemi took his first attack mode early on in an attempt to challenge Da Costa's lead, as a brief full course yellow was deployed to remove the remains of Guenther's front wing from the circuit.

On the restart, Di Grassi moved up to fourth ahead of De Vries. A second full course yellow was then deployed to remove a part of the front wing that detached itself from the Virgin of Sam Bird on the main straight.

Lynn looked to take his attack mode on the second restart, but as saw with yesterday's race with multiple drivers, Lynn missed the sensors and did not activate the extra power.

De Vries slowed dramatically after a lock-up into the first corner, eventually stopping on the circuit and bringing out the third full course yellow of the race, marking a retirement for the Mercedes driver.

Da Costa was untroubled as he took his first attack mode of the race, briefly going wheel-to-wheel with Buemi upon his return to the circuit but holding the lead easily regardless.

Frijns and Stoffel Vandoorne took fourth and fifth in the second of six races planned at Templehof Airport, with Bird and Oliver Rowland behind in sixth and seventh.

Mercedes' Vandoorne moved up to fifth after a fantastic double overtake into turn two while using his attack mode to get past both Bird and the Nissan of Rowland. Following Vandoorne through, Bird moved up to sixth past Rowland.

Buemi lost second place to Di Grassi while activating his second attack mode but quickly took the move back to regain second. Di Grassi then defended hard to keep Frijns, also on attack mode, behind.

With just over ten minutes to go, Jean-Eric Vergne complained of no grip on his rear tyres, struggling in seventh position. Di Grassi maintained third from Frijns while Vandoorne behind closed up to the pair.

Guenther ended a disappointing day as the team retired the car in the closing stages of the race while receiving a post-race five-second penalty for causing a collision early on in the race. Venturi's Edoardo Mortara moved up to eighth at Vergne's expense after starting from eleventh on the grid.

A tense four-car battle saw out the final podium spot in the closing laps, as Felipe Massa would not see the end and run out of energy on the final lap.

Despite the final lap battle, Di Grassi took third, but all eyes were on the dominant Da Costa, taking his second win in a row in Berlin.

Mortara and the Porsche of Andre Lotterer crossed the line in ninth and tenth, while Vergne ended another disappointing race in tenth.