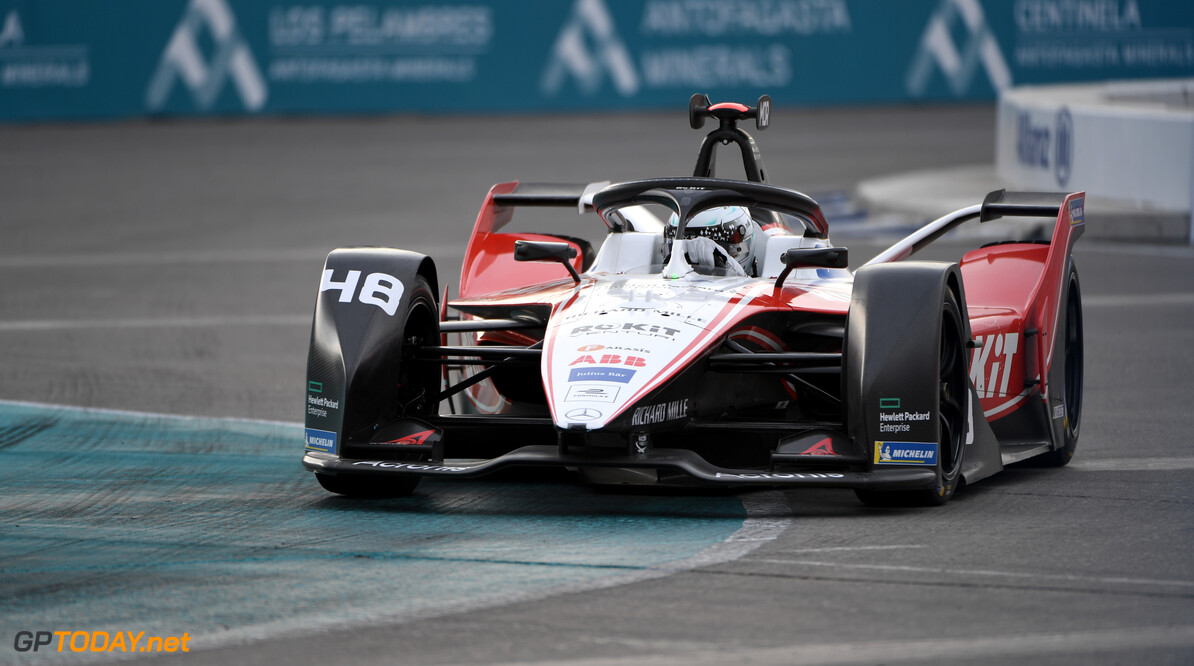 FP1: Mortara leads opening practice as Abt crashes out

Edoardo Mortara has topped the opening practice session from the Mexico ePrix weekend, with the session stopped early following a crash for Daniel Abt.

Abt hit the barriers at Turn 9, and was the only driver to meet the wall during the session. The German crashed with 12 minutes left on the clock, however race control called the session five minutes later.

The session began gingerly as the track was damp, however the conditions improved as the clock ticked down and drivers set their lap times.

Mortara's fastest time was a 1:09.273, which was almost four-tenths faster than second palced Pascal Wehrlein.

12 months ago, Wehrlein lost the race win right at the line to Lucas di Grassi, and enters today's event with a 40-place grid penalty due to a gearbox change.

Despite placing himself in the top five, Vandoorne's fastest lap was over one second down on Mortara's.

Di Grassi was sixth, ahead of Sebastien Buemi who is still in search of his first points in the 2019/20 season. Nico Muller followed, leading Andre Loterrer and Antonio Felix da Costa, who rounded out the top ten.

The second and final practice session before qualifying gets underway takes place at 10:00 AM local time.