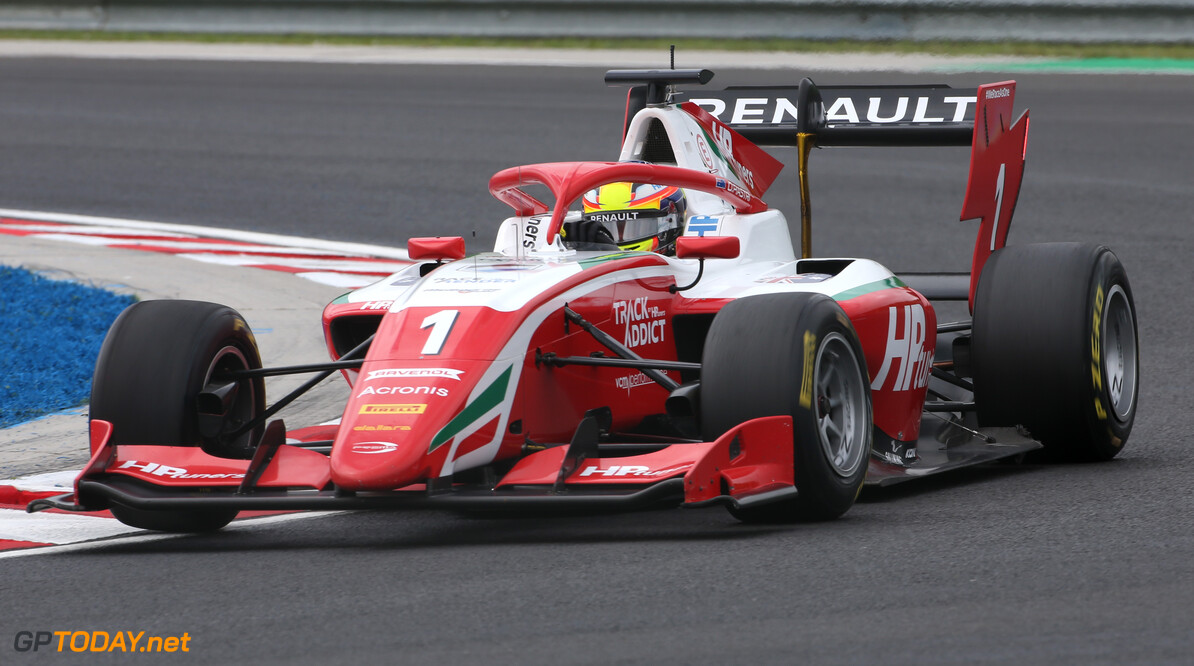 Sprint Race: Piastri takes victory ahead of Peroni and Nannini

It was a win this morning for Prema's Oscar Piastro, ahead of (compatriot Alex Peroni. Jenzer's Matteo Nannini took the final spot on the podium in third, his first podium in F3.

Pole-sitter Nannini lost the lead to Peroni coming through the first corner, while Piastri had a commanding start from fifth to move past the Campos for first by turn four. Further back, a safety car was deployed after a coming together between Max Fewtrell and Olli Caldwell.

Dennis Hauger initially triggered the incident after hitting Leonardo Pulcini, making it back to the pits. However, damage to the front of his Hitech ensured retirement for the Dane.

The race restarted on lap six, as Nannini looked for a way past Piastri. The Prema held the lead, as Jack Doohan and Clement Novalak battled for eleventh, Novalak taking the position at turn five.

Alessio Deledda was the next retirement, returning to the pits with an issue, as David Schumacher entered the pits for a front wing replacement, after contact with Federico Malvestiti.

Peroni took second back from Nannini on lap eleven, as the Campos set after the Prema of Piastri two seconds ahead.

Richard Verschoor and Logan Sargeant crossed the line in fourth and fifth, as Theo Pourchaire and Liam Lawson ended up in sixth and seventh.

Malvestiti brought out a second safety car after getting stranded in the gravel at turn five. It would only be brief as the safety car returned to the pits on the following lap.

Peroni got close to challenge Piastri for the lead on the restart, but the Prema held the lead. ART's Sebastian Fernandez ran wide at turn twelve, but held on to his thirteenth position.

With two laps to go, Peroni looked to close the gap to Piastri, as Verschoor and Sargeant lined up behind Nannini as they challenged the Jenzer for third.

Fernandez and Frederik Vesti ran wide at turn sever, despite hitting the kerb, both cars were able to continue without damage.

Eighth and ninth were occupied by Enzo Fittipaldi and David Beckmann at the chequered flag, as yesterday's race winner Jake Hughes took tenth.