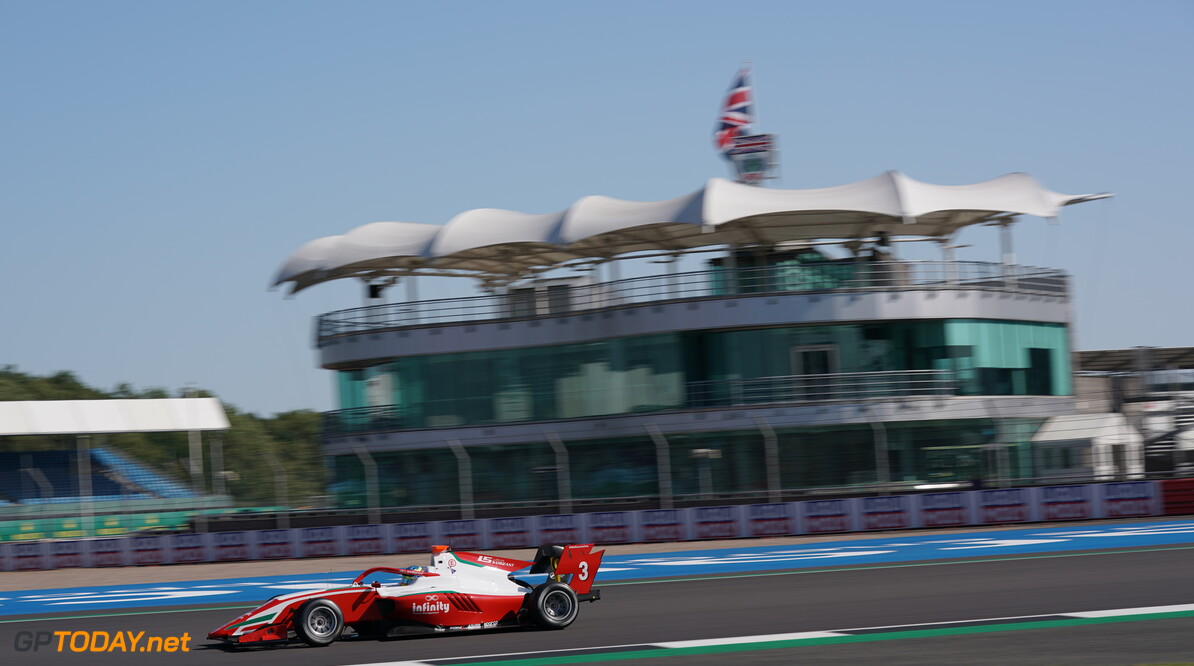 Prema's Logan Sargeant took the win this morning at Silverstone, ahead of Jake Hughes and Liam Lawson, who battled hard for second in the closing laps of the race.

Sargeant held the lead from pole as the lights went out, while behind Lawson moved up past Hughes into second. Lawson ran off the road at Becketts but managed to keep his third position, Hughes having repassed him.

Jack Doohan suffered early on as there was damage to his front wing forcing him into the pitlane for a replacement, as ART's Theo Pourchare challenged Frederik Vesti for fourth position.

Vesti struggled to get around Lawson in a three-car battle for third, unlike teammate Oscar Piastri, who was moving up through the field after passing Lirim Zandeli four eighth.

Sargeant pulled out in front, with Pourchaire losing out to David Beckmann after going wheel-to-wheel with Vesti for fourth. Pourchaire dived past Vesti at Stowe after the Prema switch directions in an attempt to defend, earning Vesti a black and white flag for his stern defence.

Vesti and Beckmann crossed the line in fourth and fifth, while Pourchaire and Piastri came home to take sixth and seventh.

Despite his early pace, Vesti pulled up to Lawson after setting consecutive fastest laps, looking to take third place from the Kiwi driver, as Pourchaire looked to take his fifth position from Beckmann.

Pourchaire would drop another place to Bent Viscaal after a lock-up forced the French driver off line at Brooklands, as Hughes fell back into the clutches of Lawson and Vesti.

Taking back his sixth place from Viscaal, Pourchaire then had to hold off a charging Piastri, who also got past Viscaal. Both drivers battled hard through Brooklands and Luffield, barely holding onto his sixth position.

Late contact between Matteo Nannini and Sebastian Fernandez saw the pair end up in the gravel with a lap to go. Sargeant remained unchallenged to take his first F3 victory.

Eighth and ninth went to Viscaal and Clement Novolak, as Zandeli rounded out the top ten, taking pole for tomorrow's race.