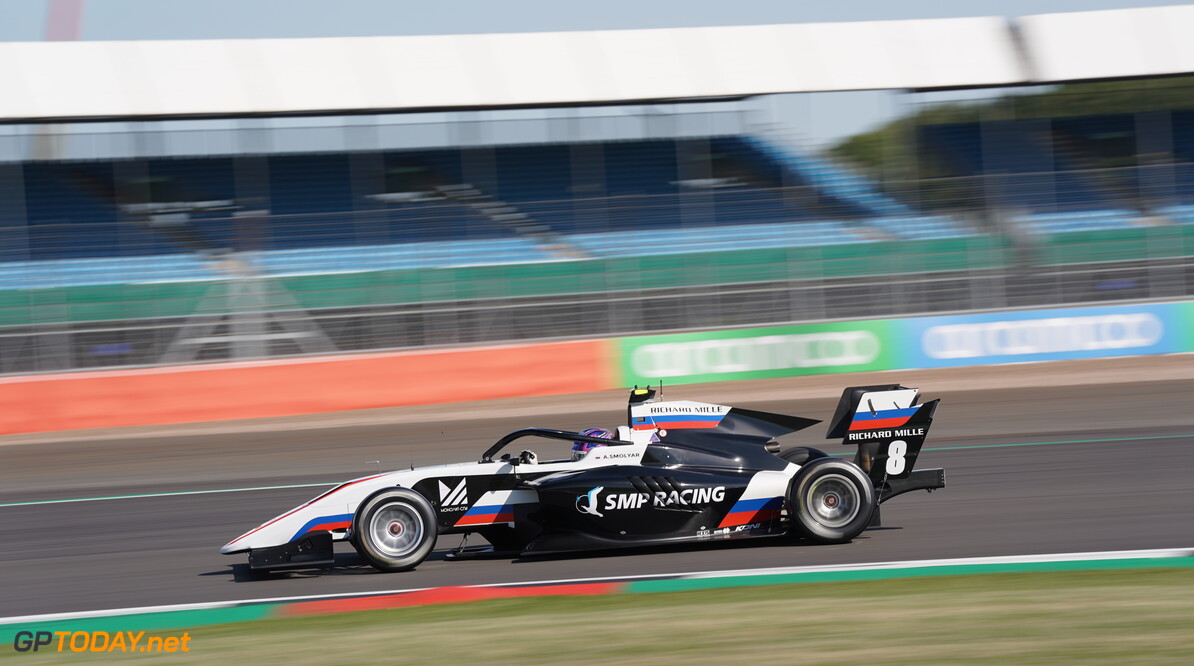 ART's Alexander Smolyar took the win this morning in Silverstone ahead of David Beckmann, with Clement Novalak rounding out the podium positions in third.

Smolyar led away from pole as Beckmann and Novalak battled for second behind. Further down, Jake Hughes kept the two Premas of Logan Sargeant and Oscar Piastri at bay as he got around Sargeant for ninth.

Piastri had a lucky escape on the second lap, after running wide at Luffield and going into the gravel. Jack Doohan was then forced into an unscheduled pit stop after suffering a puncture.

After suffering a brief issue during the formation lap Sebastian Fernandez was handed a ten-second stop and go penalty for not making up the positions he lost and being out of position as the cars lined up to start the race.

Charouz's Igor Fraga was the first retirement of the race, with problems bringing the Brazilian driver to a halt on the Wellington straight, bringing out the safety car in the process.

Smolyar held on to the lead when the race restarted on lap 9, as Hughes attempted to get around the outside of Liam Lawson for sixth. running out of space at Brooklands and having to back off the attempt.

Fourth and fifth went to Alex Peroni and Frederik Vesti, while Sargeant and Lawson finished the race in sixth and seventh.

Smolyar received a warning from his team for swerving on the straights as he tried to break the two from second-placed Beckmann, while Piastri had to pit after his DRS stuck open on the circuit, eventually leading to retirement for the championship leader.

Beckmann pushed Smolyar for the lead, almost finding a way past the Russian driver on the run up to Stowe. Vesti and Lawson duelled for fifth at the same place on the following lap, the pair going wheel-to-wheel through Stowe and into Vale before Lawson gave up the attack.

Carlin's Cameron Das was the second driver to take to the gravel at Luffield, after being pushed out wide by Sophia Floersch coming through the corner. Like Sargeant, Das was able to return to the circuit and continue.

Despite a number of attempts to take the lead from the ART of Smolyar, Beckmann had to settle for second while Smolyar came through to take his first victory in F3.

Theo Pourchaire and Richard Verschoor took the chequered flag in eighth and ninth, as Hughes rounded out the top ten.