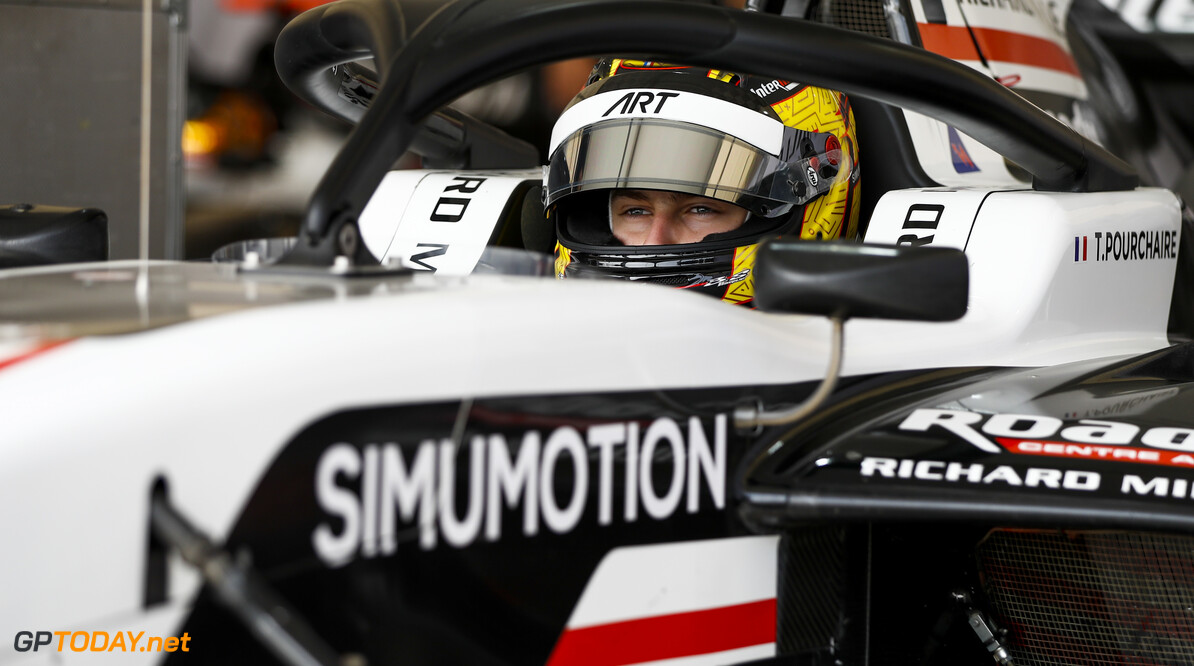 It was victory for ART's Theo Pourchaire this morning in Austria, after a dramatic late-race clash between leaders Liam Lawson and Jake Hughes.

The incident promoted Logan Sargeant to second and David Beckmann to the final podium position in third.

With much better conditions than yesterday, Matteo Nannini hit problems on the formation lap, having being forced to pit before the start of the race. He would eventually rejoin the race on lap 16.

It was a great start for Pourchaire, taking the lead from Hughes at turn one, holding off the HWA to maintain the lead at the end of the first lap.

Dennis Hauger was quickly put under investigation by race stewards for being out of position at the safety car line.

Pourchaire continued to hold on to the lead from Hughes, until Lawson found a way past both cars on lap four to take the lead as the drivers approached turn four, before losing out to Hughes on the following lap.

Clement Novalak had a scary moment coming through turn six on lap six as he battled Jack Doohan, going over the kerbs and ending up on two wheels before going into the gravel. Novalak was able to continue but decided to pit after the incident.

Fourth and fifth went to Richard Verschoor and Oscar Piastri, while Olli Caldwell and Max Fewtrell crossed the line in sixth and seventh

Sebastian Fernandez was also lucky to hold on through turn four as he battled with Lirim Zandeli for eighth, going off the road and into the gravel but managed to keep going, dropping to fourteenth. Zandeli then suffered the same fate battling with Oscar Piastri.

Lawson regained the lead from Hughes on lap 12, as a safety car was deployed after contact between Aleksandr Smolyar and Sophia Florsch, putting the Campos driver out of the race.

Campos teammates Alex Peroni and Alessio Deledda also suffered on the lap, with Peroni taking a trip to the gravel at turn seven and Deledda needing a pit stop after damaging his front wing.

Lawson held onto the lead as the safety car peeled into the pits on lap 16 and managed to hold off a charging Hughes to continue in front. Hughes momentarily took the lead but lost out to Lawson after a lock-up at turn three.

Hughes and Lawson collided on turn four as the virtual safety car was deployed, taking both drivers out of the race, handing the race lead back to Pourchaire.

Fredrik Vesti and Fernandez took the chequered flag in eighth and ninth, as Zandeli rounded out the top ten to take the final point.