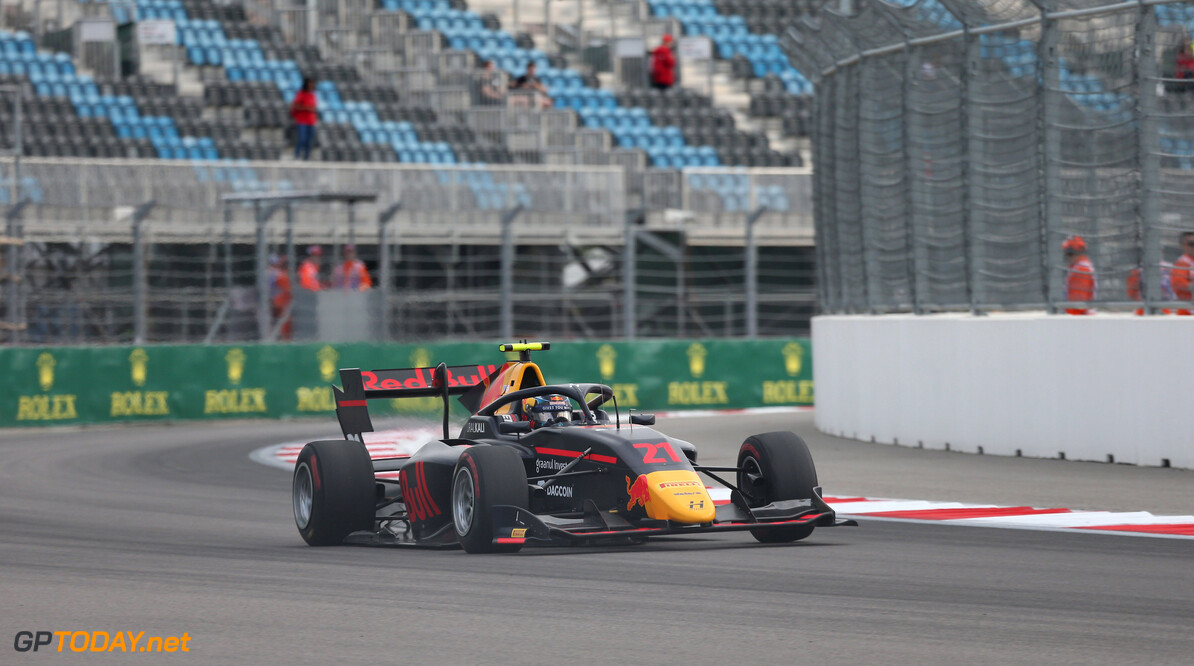 Juri Vips has won the final race of the 2019 Formula 3 season, taking his third victory of the season.

The Estonian driver last won in Silverstone, and had to deal with a late-charging Marcus Armstrong, who won yesterday's Feature Race.

Despite closing the gap by over 1.5 seconds, the Kiwi couldn't close in to within a second and mount a serious challenge on Vips.

Armstrong's second place was enough to see him take second in the championship standings, as Jehan Daruvala failed to score points.

The Indian driver had to start from the pit lane after his car encountered a problem on the starting grid. The Prema racer battled his way through the field, but also had to deal with a time penalty, which scuppered any chance at points.

Robert Schwartzman, who picked up the 2019 drivers' championship on Saturday, ended the race in third place.

Pedro Piquet was set to take the third position before he retired from the race with just under four laps to go due to a mechanical issue.

After battling for the podium in the early stages of the race, Jake Hughes ended the race in fourth. The British driver made contact with Leonardo Pulcini at Turn 5 as they battled for position, sending the latter driver into a spin.

Niko Kari was fifth ahead of Ye Yifei and Richard Vershchoor. Following an intense last lap battle, Liam Lawson crossed the line to take the final point in eighth place.