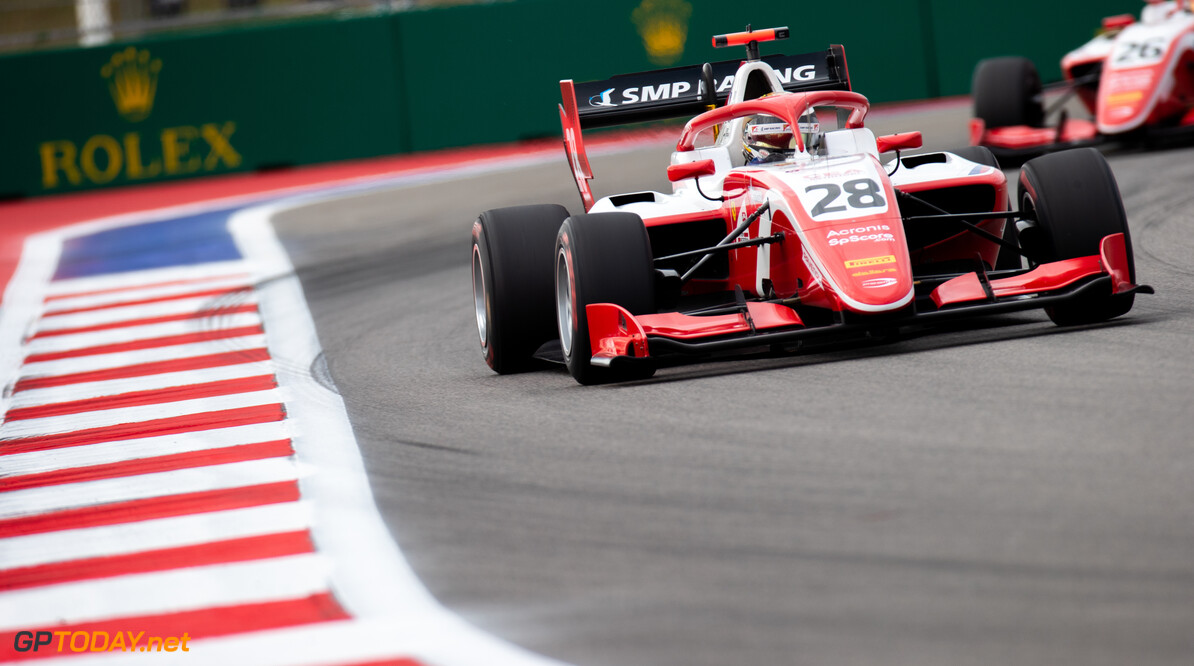 Robert Shwartzman has taken a step closer to the 2019 FIA Formula 3 championship title after taking pole position and four points in Sochi.

The Prema driver beat his teammate and championship rival Jehan Daruvala to the top spot, with the Indian driver momentarily holding pole position at the end of the session before Shwartzman improved.

It was a Prema 1-2-3 as Marcus Armstrong was third - however the Kiwi was unhappy with traffic that he had during his final hot lap.

Niko Kari was fourth, however the Finn was well over half a second down on the pace set by Prema, who claimed its fourth pole position of the season.

Christian Lundgaard was fifth for ART Grand Prix ahead of Jake Hughes, who was also disgruntled by traffic, and Pedro Piquet.

Leonardo Pulcini was eighth, ahead of teammate Juri Vips while Max Fewtrell rounded out the top ten.

David Schumacher, who makes his debut in the series this weekend, was 25th in the timesheets, ahead of fellow debutant Hon Chio Leong, who rounded out the timesheets.

Formula 3's most recent race winner Yuki Tsunoda failed to have an eye-opening session, and is set to line up in 17th place for Saturday's Feature Race.