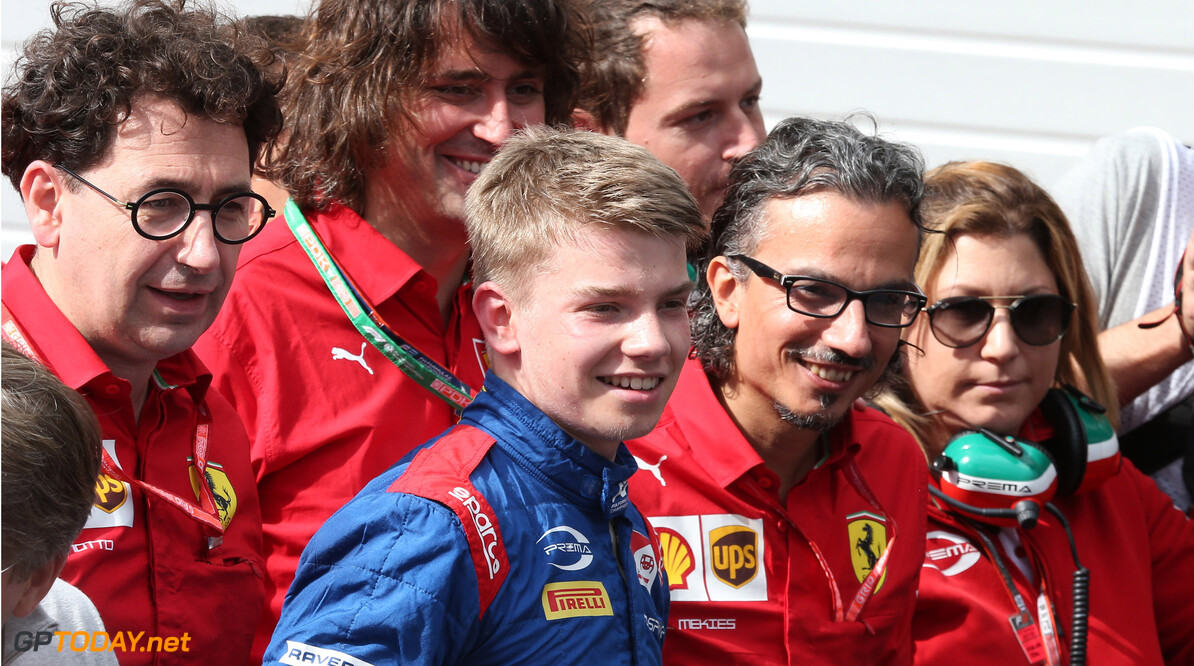 Recently crowned Formula 3 champion Robert Shwartzman says he is 99% sure that he will be racing in Formula 2 next season.

The Russian wrapped up the F3 title last time out at his home event in Sochi, ending the year 53 points ahead of Prema teammate Jehan Daruvala.

Shwartzman, who is part of the Ferrari Driver Academy, believes that the next step for him will be Formula 2 -  however he is not sure which team he will end up competing for.

"I think the biggest chance, like 99%, is that I’m going to go to Formula 2," he said. "I’m really excited about that, but I don’t know with which team yet. I have no idea at the moment. Anyway, my target will be to deliver my best like this year.

"I have liked to work with Prema Racing. They are talented guys. I have a good relationship with them, but you never know. I just hope for a good car and a good team and I’ll do my best like this year, to try and be in the same position next year."

Shwartzman admits that he didn't consider himself to be one of the favourites for the championship during pre-season testing.

"I didn’t really feel like I was one of the favourites during the pre-season," he said. "We’re all very competitive so it was a question mark who was going to be really strong, or less strong. I didn’t really pay attention to that.

"My job and my thoughts were just to fight every race weekend and deliver the best results possible. So through the whole year, I had nice fights, I made also a few mistakes. I ended up with one DNF unfortunately.

"You know, it’s sort of a lesson for me. Now that we’ve ended here, it’s just great. At the beginning, I was only dreaming about it, but I didn’t think we could end up here."