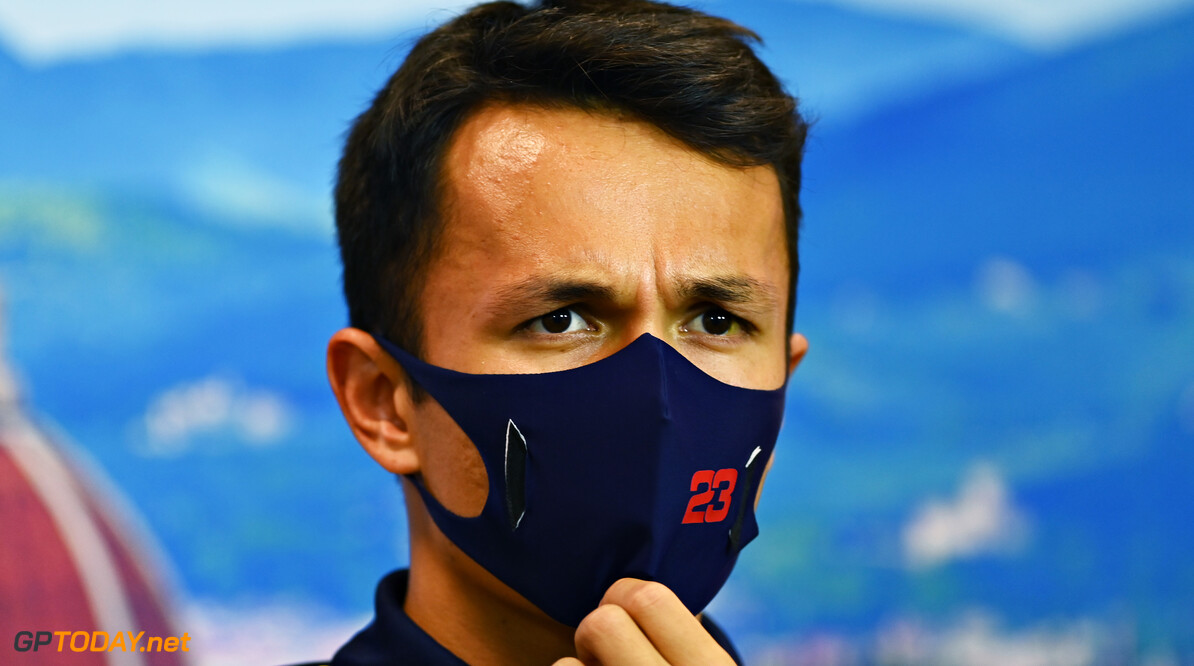 Red Bull's Alexander Albon was delighted to take his first podium in F1 during this afternoon's Tuscan Grand Prix, after what he described as a 'really tough' race.

Albon managed to finish third to take the podium for the first time in his career after a move around the outside of Renault's Daniel Ricciardo in the closing stages of the race.

His podium finished marked the first time a Thai driver has stood on the podium in F1.

Speaking after the race, Albon said he had a great time during the race fighting the cars around him, but found the race tough, especially through the high-speed corners in sector two.

The Red Bull driver also spoke about overtaking Ricciardo towards the end, explaining that he needs to work on getting better starts off the line but was confident enough with the car's brakes to take third from the Renault.

"Obviously, [it took] a while to get here. It was a tough one as well, we really had to work for it. It's really nice to be here and I feel like I can breathe. I

"I was expecting it to be worse, but we had several flags, so that helped. It was brutal, especially the high speed in sector two, you really feel it. But it was more adrenaline going into my body than anything else so I am happy.

"We just couldn't get off the line, so most of the overtakes had to be down the circuit. But are car is good on the brakes, we know that since day once, so we can kind of do moves like that and it is fun to drive."