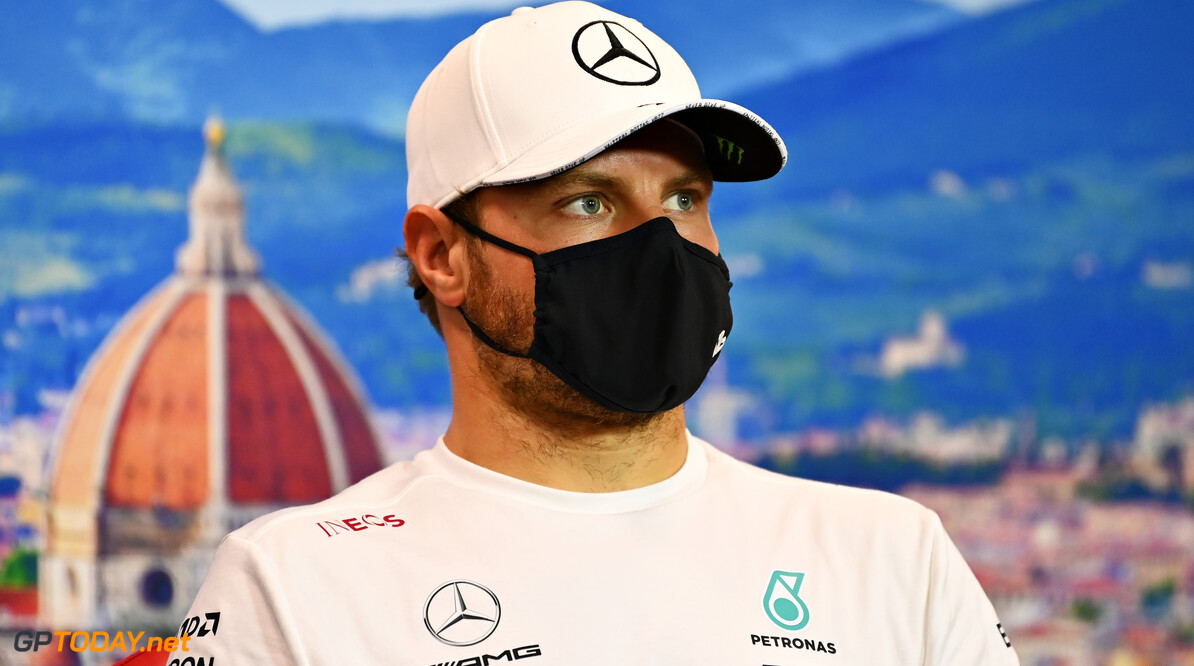 Valtteri Bottas is confident he can challenge for the victory against teammate Lewis Hamilton during today's Tuscan Grand Prix, as he starts second on the grid.

Despite being the fastest driver all weekend, Bottas was pipped to pole position by his teammate in the closing moments of yesterday's qualifying and had to make do with second on the grid.

Speaking after qualifying, Bottas noted how the team initially thought Mugello would be a difficult circuit to race on, but after going through the practice and qualifying sessions, they feel more confident about overtakes being attempted, particularly into turn one.

Bottas hoped the headwind that was noticed by various drivers throughout qualifying would remain for this afternoon's race, as he feels he can use it to his advantage on the run down to turn one.

"Actually coming into the weekend we thought it was going to be impossible [to race]. but we've experienced in practice sessions that the track is so wide that there is so many different lines you can take in the corners," Bottas commented.

"Maybe, I really hope so. Again [there's a] really long run down into turn one and I hope the headwind stays for the race because that would be a nice benefit being behind."

Bottas was denied a chance to challenge Hamilton in the dying moments of Q3, after a spin for the Renault of Esteban Ocon brought out the yellow flags in sector one, forcing the Finn to slow down through the sector.

Bottas was annoyed to be caught in the yellow flag, claiming he had much more to give on his second run and could have taken pole had he not slowed down.

"I still had more time in there and I was just waiting for the time to get it right. Run one was okay, but not perfect so I was looking forward to it but I just didn't get the opportunity. For sure it is disappointing because the speed has been good all weekend."