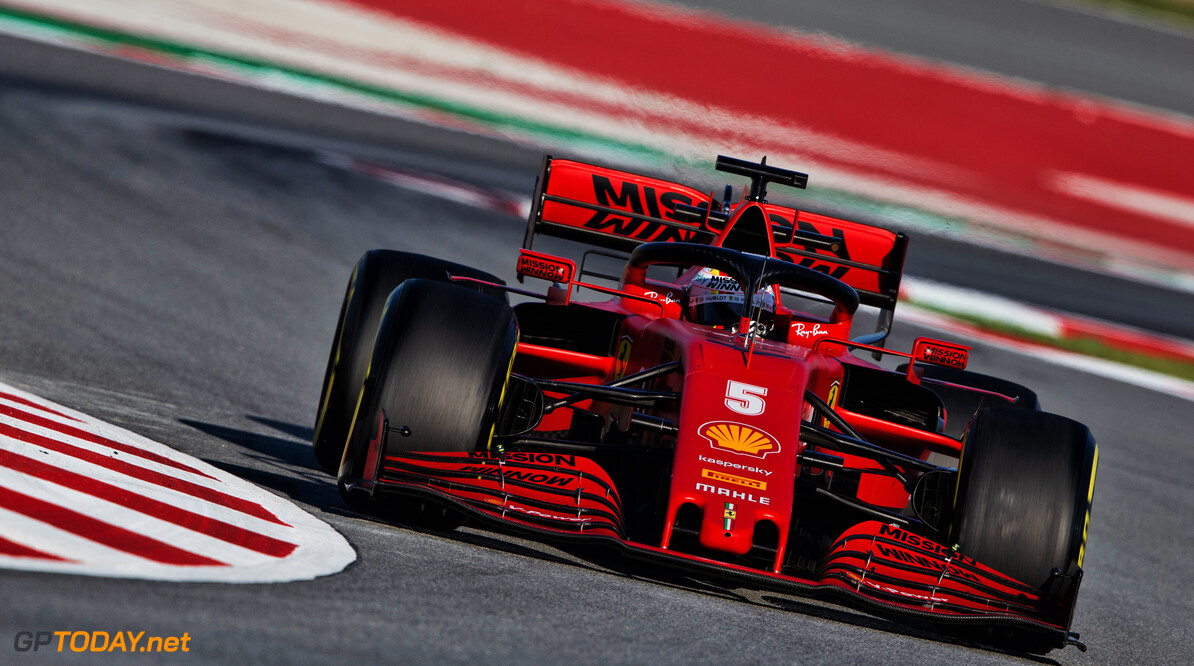 Ferrari driver Sebastian Vettel has revealed his car felt 'nervous' during the German's qualifying laps for the Spanish Grand Prix, particularly through the middle sector.

Vettel failed once again to reach the final part of qualifying, missing out on Q3 by just two-hundredths of a second to the tenth-placed AlphaTauri of Pierre Gasly.

Vettel will start the race in eleventh position, while teammate Charles Leclerc managed to reach Q3 and line his Ferrari up in ninth position for the race on Sunday.

"The first sector was okay, but then in the middle sector the car started to be more and more nervous," Vettel commented.

"I struggled in particular in turn seven, I was losing the rear halfway [through the corner] so it was difficult to judge how much speed to carry in. Also, turn five was tricky for me this afternoon.

"So I think that's the middle sector and in the final sector, it got better towards the end but still very tricky to find the right balance. It was one of the better sessions this weekend but still obviously not good enough."

Speaking on the performance of his car and if he felt any improvement from the chassis change, Vettel admitted the car does feel slightly better but overall performance is still not as he would like.

However, being the first of the starters with free tyre choice for today's race, Vettel hoped he could do well and try to drive around any of the car's issues and finish in a points-scoring position.

"It's up and down, to be honest," Vettel added.

"There are still some things I can't really put an answer to but  I'm trying to do everything I can and ignore the things that are not right and do the best that I can. It is all I can do at the moment."