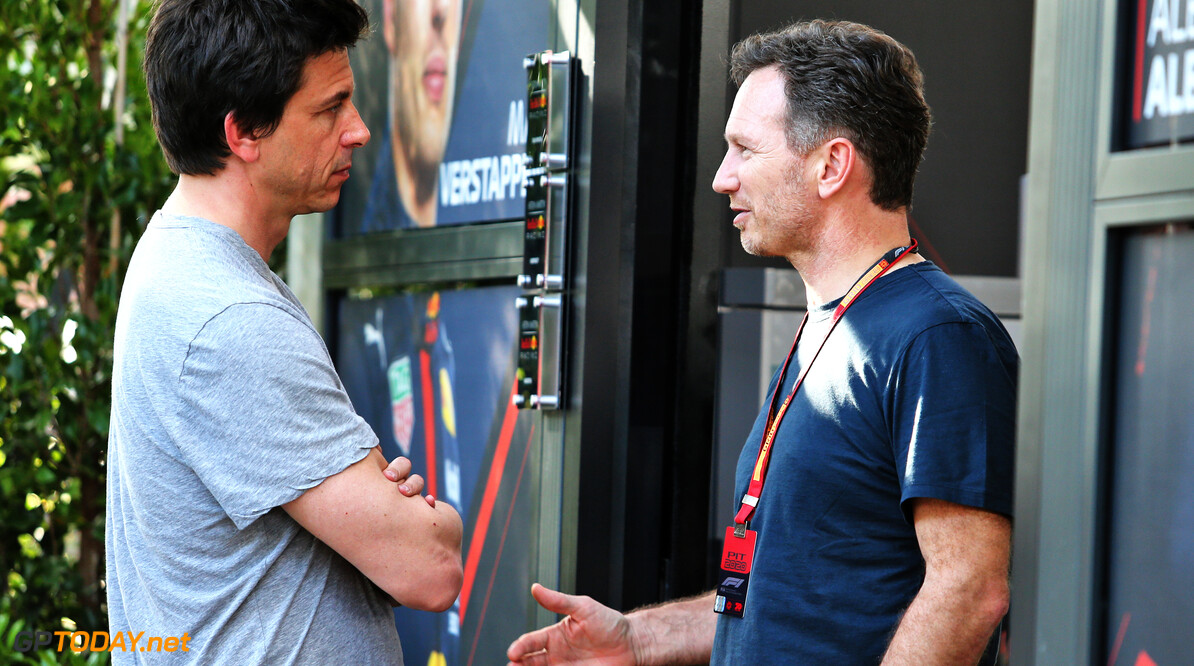 Red Bull team principal has spoken out about Mercedes' involvement in the development of the controversial Racing Point RP20, claiming the German team could be found guilty if the incident does go to court.

A number of teams have confirmed their intention to appeal the fine and championship points deduction after Racing Point was found guilty of using Mercedes brake ducts, including Ferrari and Renault.

It is understood Williams and McLaren have decided not to appeal, while Racing Point itself is looking to appeal the decision, citing the team stayed within the regulations during the development of the RP20.

The RP20 turned heads when it was unveiled last February, with its striking resemblance to the 2019 title-winning Mercedes W10, with it being nicknamed 'the pink Mercedes' in the paddock.

With Mercedes having supplied CAD information and brake ducts to Racing Point in the development of the RP20, Horner told Autosport that it could be possible that Mercedes would be also found guilty alongside the team based at Silverstone.

“Well, it's an interesting one,” Horner said.

“I think the biggest thing for us is that we just want absolute clarity as to what is and what isn't permissible moving forwards.

“Obviously Red Bull is in a unique position that they own 100% of two Grand Prix teams. So we've always complied stringently with the regulations since the constructor rules within the last Concorde were made very, very clear.

“So for us, it's that there is a bigger picture to this, it's not just about brake ducts, it's about what is philosophically allowed, and what isn't.

“Regarding Mercedes, I'm sure those questions will get asked, because if the team in question are guilty of receiving, surely the team that has provided has also been in breach of those regulations? That's something for the FIA.”