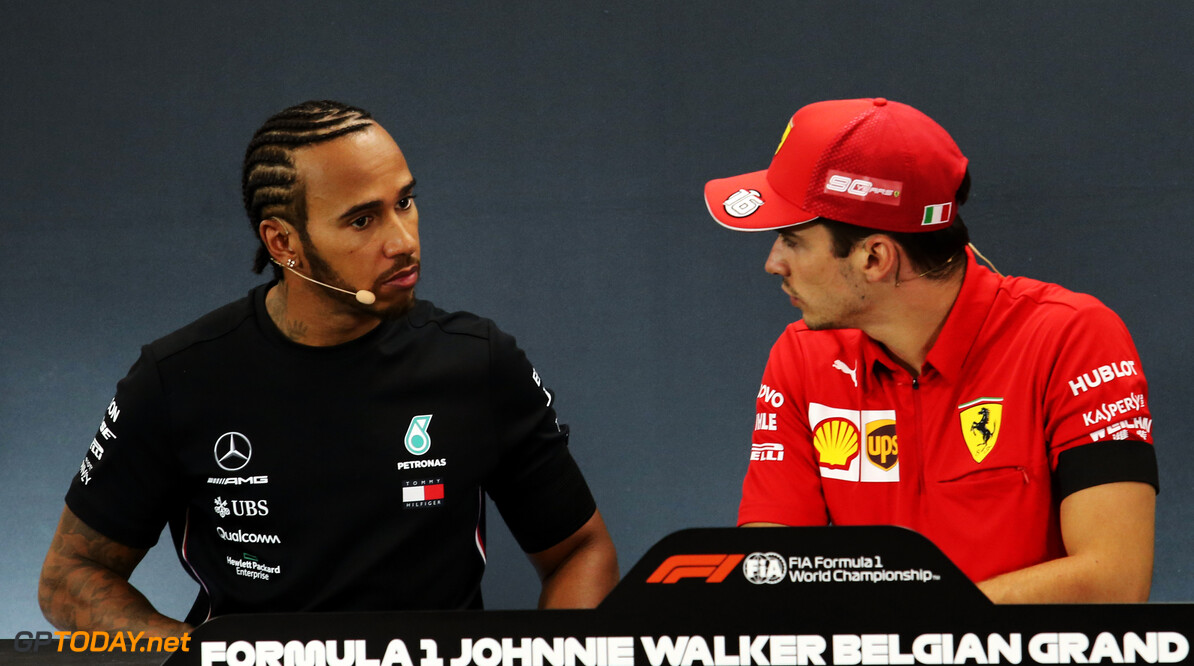 Leclerc hails Hamilton as one of F1's best drivers

Ferrari's Charles Leclerc has hailed Lewis Hamilton as one of F1's greatest drivers, saying there is no denying his accomplishments in the sport.

This season, Hamilton is rooting for his seventh world championship title to match the record set by Michael Schumacher, who secured five of his seven championships at Ferrari.

Hamilton is also now only four wins away from matching Schumacher's record of 91, after taking his seventh win at Silverstone last weekend.

Leclerc, who kept Hamilton back to secure victories in Belgium and Monza last year, claimed his rival is 'very strong' and one that is very difficult to compete with due to his performances with Mercedes.

“I think we cannot deny Lewis anything. Lewis, in my opinion, is one of the greatest drivers in Formula 1 history and he is doing a good job." Leclerc told La Gazetta dello Sport.

“He is always very constant, always one hundred percent, mentally very strong. So there is nothing to say: Mercedes, him. The combination of the two makes it really difficult to compete with them right now. ”

Speaking on the performance of the Mercedes team, Leclerc admitted that it is difficult to say when the team could be properly challenged for a world title.

Leclerc has two podiums this season so far in a year that has seen Ferrari slip as far back as the midfield pack due to the poor performance of the 2020 car, the SF1000.

Leclerc also noted how the results can often come down more to the car than the driver, but affirmed that it must always be the driver that can make the difference on the circuit.

“It will take time. How much? I don’t know. Now the team, the car, is very important, but the driver must definitely make the difference. Everything is connected.”