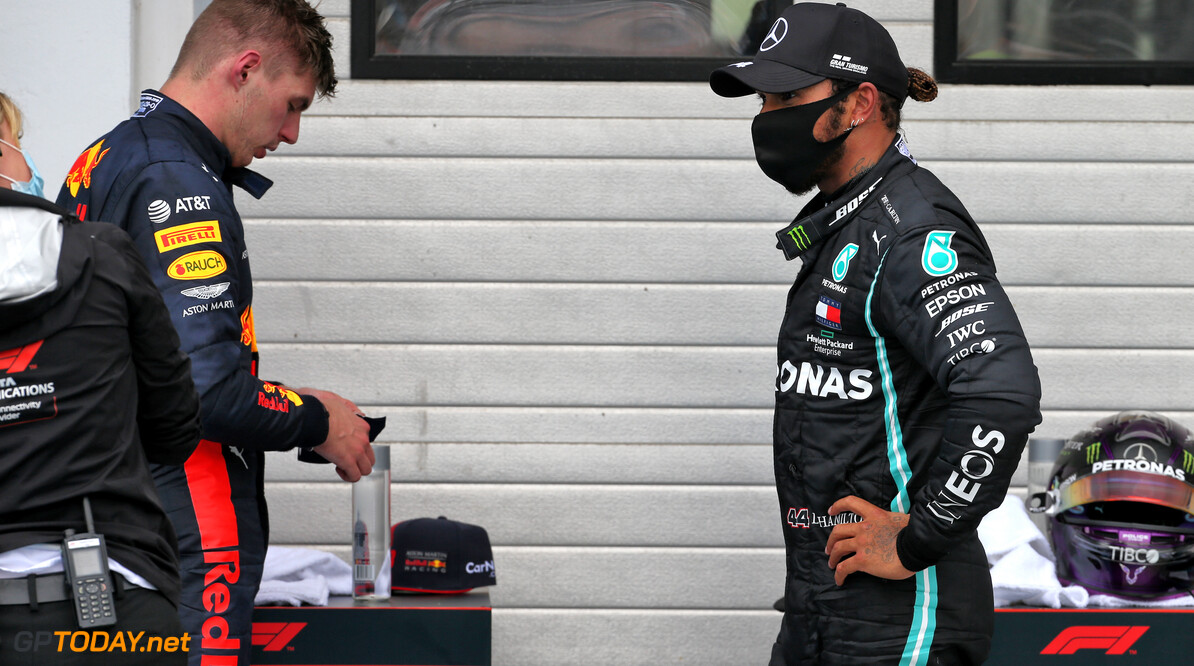 Hamilton looks unbeatable at the moment - the Mercedes driver looks well on course for a seventh world championship this year as another faultless performance elevated him to the top of the championship standings following the Hungarian GP.

Verstappen was very lucky to even make the start of the race, as an uncharacteristic mistake saw him crash on his way to the grid. However, his mechanics pulled off an excellent repair job and the Dutchman managed to finish ahead of one Mercedes, who has looked dominant all weekend.

Bottas will be hoping to bounce back at Hamilton next time at Silverstone, or he risks losing touch in the world championship fight. Hungary wasn't a poor weekend for the Finn, who compromised his race by a poor start that saw him lose a handful of positions.

Looking at the grand schemes of things, there's not really much else Stroll could have done in Hungary. Securing third in qualifying ahead of Perez, the Canadian dropped back a little bit in the midst of all the pit lane craze, but battled his way back up to fourth place, equalling his best result for Racing Point.

Albon recovered well in the race after a disappointing qualifying session saw him drop out in Q2. The car clearly performed better for him in the race compared to Saturday, and it was a good improvement from Albon after a difficult qualifying day.

Vettel has looked the sharper of the two Ferrari drives over the last two weekends. After out-qualifying Leclerc, Vettel convinced the team to give him medium tyres instead of softs, which would prove beneficial for his race. However, he gave away fifth in the final laps after a mistake while under pressure from Albon.

Given the strength of the Racing Point car throughout the weekend, perhaps Perez was expecting some a bit stronger than seventh. However, it was points nonetheless for the Mexican, who will be hoping for a little more in the coming races.

Ricciardo went deep into the race on his first set of slick tyres, but maybe it was a little much to expect him to progress well up the order on his final stint. The Renault car didn't quite seem to be in tune during the weekend, but the Australian performed well to bring home points for the Enstone-based squad.

After McLaren's heroics in Austria, the team was a little less in the spotlight throughout the Hungary weekend. Sainz drove consistently and brought home two points for the team, meaning it stays ahead of Racing Point in the championship standings for the time being.

A fantastic call from Haas saw Magnussen leap into third place after the first round of pit stops. The car didn't have the pace to stay there, but the Dane held on to cross the line in ninth place, which was later changed to tenth following an arguably harsh penalty.

Leclerc was a victim of a bad strategy call by Ferrari, as the team put him on the soft tyres at his first stop instead of the mediums. However, it was clear all weekend that the Monegasque driver did not have the pace of his teammate Vettel. He was slightly off the pace in qualifying and did not have the car to fight back through the field in the race.

Kvyat was a driver who had a quiet weekend at the Hungaroring, but he didn't necessarily have a bad one. He was slower than his teammate Gasly in qualifying, but had an alright race to keep Ocon behind. He wanted to change to the slick tyres at the start of the race, but the team was not allowed to reply to him so he changed on lap one instead. Had he have come in as he wanted, he would have found himself much further up the field.

McLaren knew that they were off the pace after Friday practice, but it seemed like the team had recovered some of that lost lap time on Saturday. He did well to out-qualify his teammate Sainz, but a bad start meant that his race was ruined after lap one. He managed to pass Ocon on the final lap but this was only for 13th place.

Ocon seemed to struggle to get to grips with his Renault this weekend, as he was slower than his teammate Ricciardo all weekend. He also got overtaken by Norris on the final lap after not being able to get past Kvyat for most of the race.

It was not a good qualifying session for Raikkonen, with the Iceman qualifying last of the twenty drivers. He was a tenth behind his teammate on Saturday but had a better race than Giovinazzi to finish ahead of the Italian. If the Alfa Romeo car doesn't improve, it isn't hard to imagine Kimi calling it a day at the end of the season.

Not a bad weekend from Grosjean, but he missed out on the golden opportunity that Haas gave him at the start of the race. He was not able to capitalise on the great tyre call by the team in the same way that his teammate Magnussen was, but nevertheless it was not a bad outing for the Frenchman.

Giovinazzi made the most of a bad car in qualifying by beating his teammate, but he couldn't stay ahead of the Iceman in the race. He is going to need a few standout performances later in this season if he is going to prove he deserves that seat for 2021.

Another weekend, another amazing qualifying performance from George Russell. However, it was also another weekend where the Williams lacked pace in the race, but this was partly down to a bad strategy call from the team. He faced the same problem as Leclerc, swapping onto the soft tyres and losing lots of time in the early stages.

Latifi had a good qualifying as he was able to get into Q2 for the first time, but he was also nearly one second down on his teammate Russell. He did have a very good start to the race to get up to P10, but an unsafe release by Williams ruined his race. He sustained floor damage from this incident and will be hoping for better luck next time out in Silverstone.