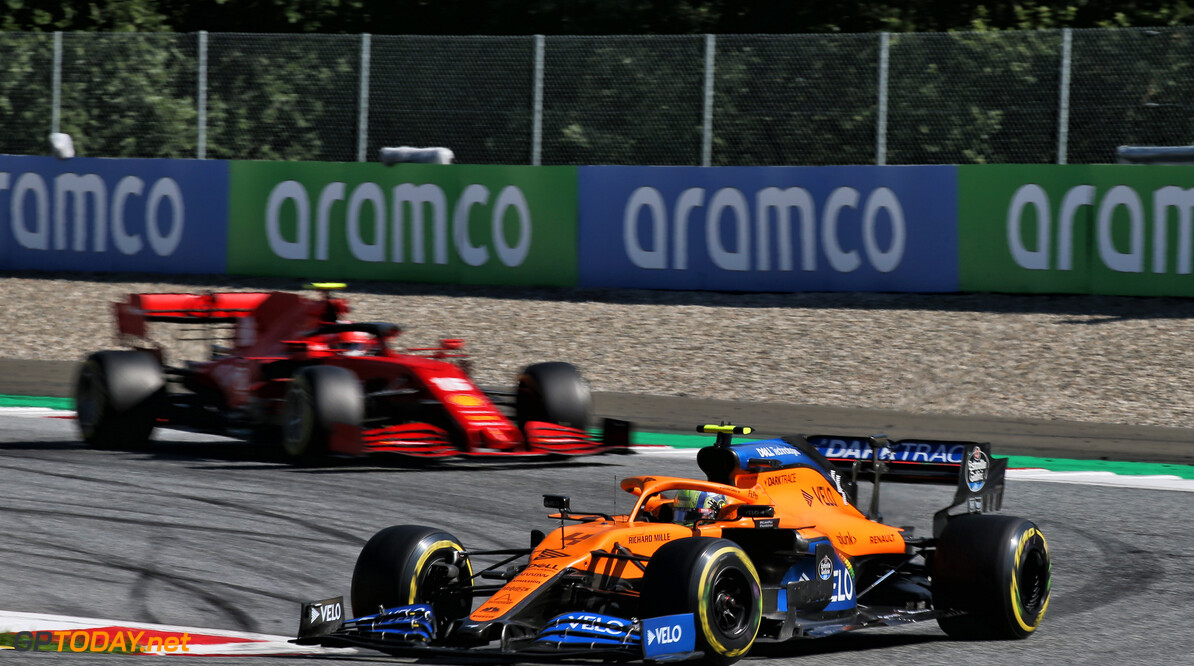 McLaren's Lando Norris remains wary of Ferrari's possible improvement and fight back into the top three over the course of the season despite finishing on the podium last weekend in Austria.

Speaking at Thursday's press conference for the Styrian Grand Prix, Norris affirmed that despite the promising start for the McLaren team during last weekend's race, it is weary that Ferrari have the better overall package and will improve.

Norris also praised the team for the job they did to allow him to take his first podium on Sunday but concluded that the team must stay focus on the best job it can do and that any further podiums or high finishes.

Norris' podium in Austria marks the second podium for the team in three races, but the British driver remains unconvinced that the team are now up with the top three teams in terms of performance, citing more work and improvement from McLaren has yet to be done before this is a constant occurrence.

"I think it was a good start, I don't think we can put that into question," Norris said.

"But I think we can be only taking it one race at a time still. I think the midfield is very close. Ferrari still has a lot of strengths on which they have not been able to show as much so I think they'll come back into play a lot in the future races.

"But yeah, I think we just have given ourselves a very good platform to go off of and to see further improvements.

“I still believe Ferrari has a better car then what we do. As a whole package throughout the whole season, I don't think we're going to be consistently fighting for podiums or things like that.

"I think we need to focus on ourselves, do the best we can and if we can end up in positions like having podiums or P4 or P5 then I think it's a job well done for us but I don't think we can say we have the package as a whole to fight the top three very often."