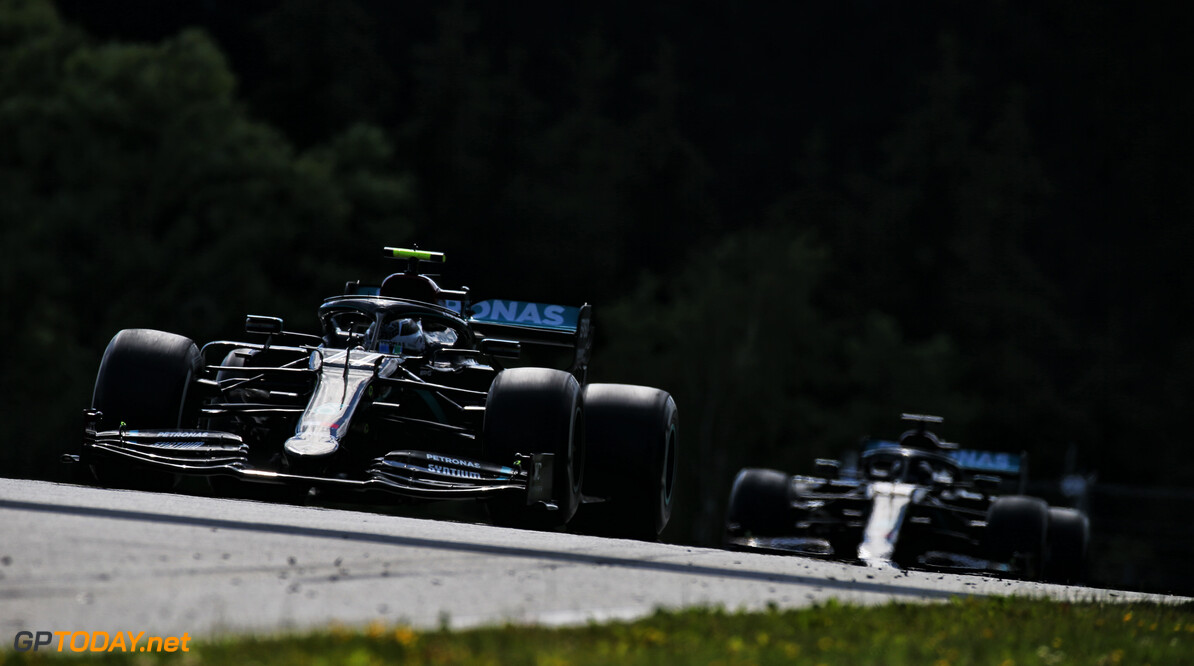 Mercedes' gearbox concerns at the Austrian Grand Prix last Sunday were first spotted by the team during the opening day of practice, two days before the race.

The Brackley-based squad had to manage both of its cars while they ran first and second throughout the grand prix, notifying both Valtteri Bottas and Lewis Hamilton to stay off the kerbs.

Mercedes was hopeful that it was going to solve the issue for race day, but was not sure how on top of the matter it was on Sunday.

“The problems weren't unknown going into the race, what we didn't know was how well we were able to get on top of the issues before we really used the car in anger.

“The reality behind it is, is that the Austrian circuit is very, very aggressive, especially with the kerbs. It puts a lot of load into the suspension members and into the car.

“You have to use the kerbs in order to get the lap time out of it, but those kerbs were also generating a lot of vibrations in the car and a lot of load in the car.”

MORE: Bottas: No discussions to let Hamilton through after penalty

F1 remains in Austria for the second round of the 2020 season this weekend, for the first-ever Styrian Grand Prix at the Red Bull Ring.

Vowles says Mercedes is working flat-out to ensure the issue is minimised for the upcoming weekend.

“The issue itself with the gearbox is electrical by nature. The reality behind it is we now have a few days to get on top of this issue. We have a number of people working back at the factory working day and night on this,” he said.

“We know that if we don't get on top of these issues it will be a problem again in just a few days time. It's a problem that could have cost one or both cars the opportunity to finish the race on Sunday.”