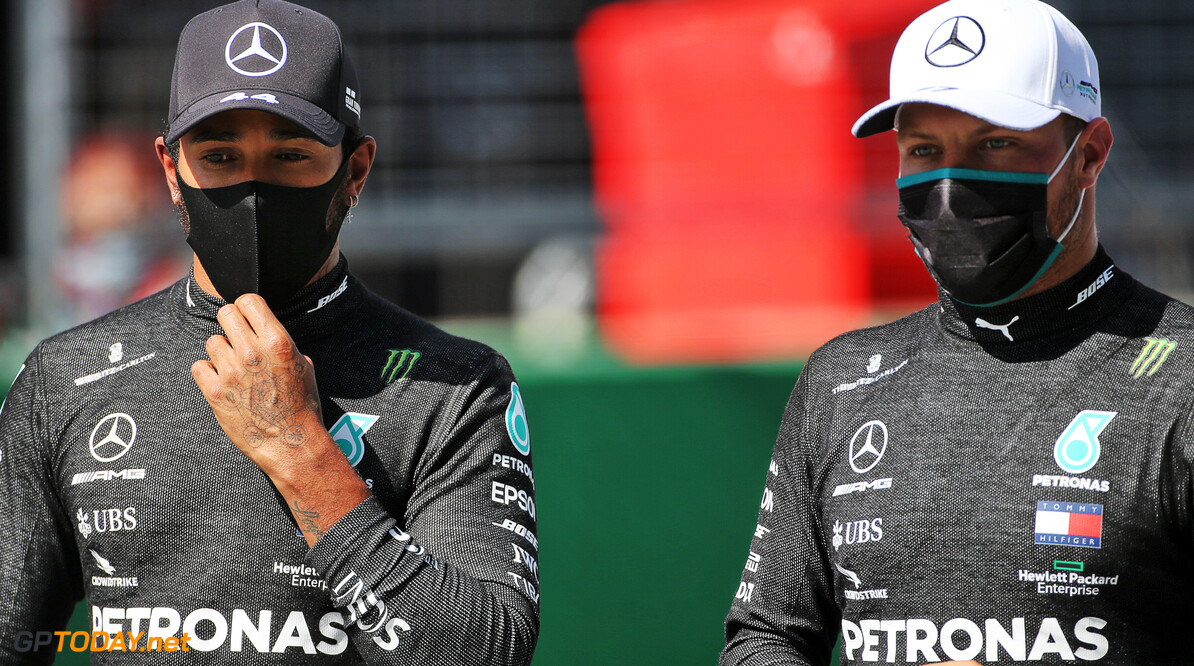 Lewis Hamilton has denied that he was hampered by Valtteri Bottas' trip through the gravel during the final moments of Q3 in Austria.

Bottas claimed pole position for the opening race of the season, narrowly edging out Hamilton as Mercedes went unchallenged for the top two spots.

Bottas' opening lap in Q3 saw him take his 12th career pole position, as a mistake in the middle sector of his final attempt shot him into the gravel.

Despite kicking up dust due to the high speed run through the gravel, Hamilton denies that he was affected by the incident, stating that his teammate was simply faster than him during the session.

“The car was great, [I] just didn’t manage to put the greatest laps together, so [there's] work for myself to do,” Hamilton said.

“I’ve just got to go back to the drawing board and work harder. Ultimately Valtteri just did a better job today.”

When asked if he was impacted by Bottas' mistake, Hamilton said: “Not that I saw, no.

“I came around the corner and got on the power and I thought that Valtteri had perhaps just gone wide and carried on. So I was looking out for the gravel on the track and for a car on the track but there was nothing there so I just continued on. It happened pretty quick and it was a pretty big puff of dust.”

Bottas said after the session that Mercedes is its own league, as its closest challenge in Max Verstappen was over half a second down.

The German manufacturer has dominated F1 in the turbo-hybrid era, taking all championships on offer since the 2014 season.

Speaking about Mercedes' pace in Austria this weekend, Hamilton said: “We definitely didn’t expect to have that gap but it’s just a true showing of the great work everyone back at the factory continues to do.

“Valtteri did a fantastic job today with his lap and it’s amazing. We did not expect to have that sort of gap.

“We thought they were definitely quick enough to be fighting for pole. That was the true showing of our car and we plan to try and improve on that.”