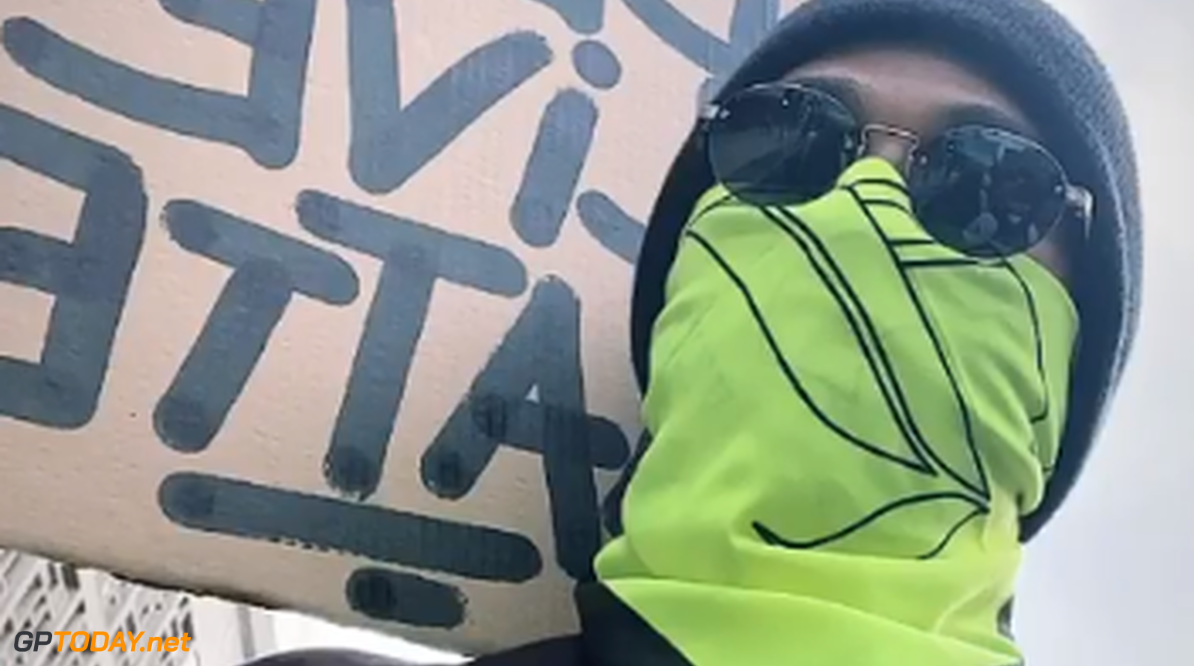 Lewis Hamilton has taken to the streets of London to take part in a Black Lives Matter protest, continuing his support for the movement.

Over the last couple of weeks, the six-time world champion has been active on social media, calling for an end to racism and for black people to be treated equally.

Protests have sparked up around the world, with many speaking out against police brutality following the death of George Floyd last month.

It was recently announced that Hamilton had established 'The Hamilton Commission', which focuses on employing black people that have a background in Science, Technology, Engineering and Mathematics (STEM) subjects.

Ahead of his return to F1 in Austria in less than two weeks, Hamilton has joined protesters in London on Sunday, posting an image and a video of himself taking part on his Instagram story.

Hamilton also posted a new message on his story, encouraging people to be actively anti-racist and inspire others to speak out, insisting it is not enough to simply “not be racist”.

“Your silence is still deafening. You may not be racist in your silence but we need you to be ANTI-racist.

“That means we need you to educate yourself and others. Speak out to help us bring awareness to the injustices and prejudices that black people and people of colour face on a daily basis and have been facing for hundreds of years.

“We cannot be silent today! We need your voice. We need you to get out of your comfort zone and support us by being anti-racist and letting people know where you stand in this fight. Encourage your family, friends and colleagues so we can continue to make change!”

Went down to Hyde Park today for the peaceful protest and I was so proud to see in person so many people of all races and backgrounds supporting this movement. It was really moving. I’m feeling extremely positive that change will come, but we cannot stop now. #blacklivesmatter ✊? pic.twitter.com/koOTEPOXAh