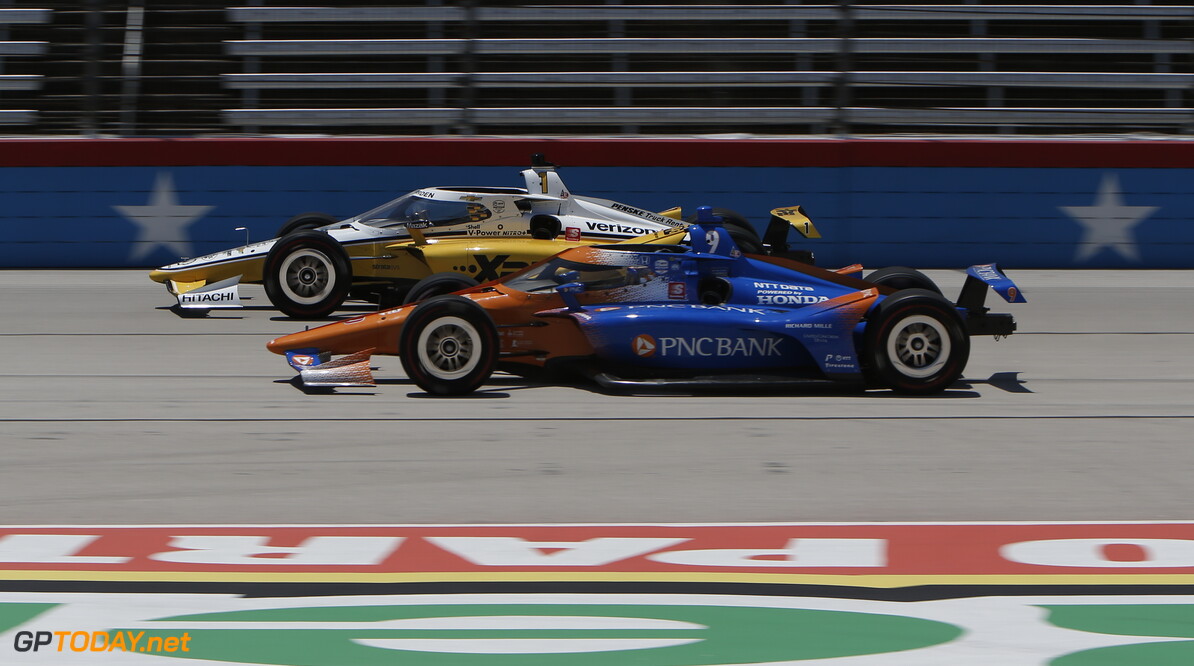 Scott Dixon has made the best possible start to his 2020 IndyCar season, taking the win in the season-opening Genesys 300 at the Texas Motor Speedway.

The five-time series champion started the race from second place, but after staying behind polesitter and 2019 champion Josef Newgarden for 32 laps the Kiwi made his move. Newgarden then made his first pitstop of the evening on the same lap, completing just a couple of laps fewer than the 35 lap stint limit.

Despite starting from pole, Newgarden had slipped back to third when the chequered flag was waved. The American driver struggled throughout the race with his tyres, and it looked like the Chip Ganassi cars had the pace advantage throughout.

Felix Rosenqvist managed to pick his way past both Penske drivers Newgarden and Pagenaud on laps 118 and 76 respectively. However, after spending the majority of the race trying to chase down his teammate Dixon, it all when wrong for the Swedish driver in the closing stages.

With only one stint left to complete, Rosenqvist was within a second of Dixon and was brought in for his final pit stop. He emerged from pit road in a lot of traffic and then went for a move around the outside of James Hinchcliffe, losing control of his car as he did so. He hit the wall and brought out the pace car, leaving only three laps of racing left when they got back underway.

Simon Pagenaud followed Dixon in second place, with a far less controversial result than the last time he went oval racing (albeit on iRacing).

Behind third-placed Newgarden came Zach Veach, matching his best ever result in the series. Ed Carpenter followed in fifth, but it was Conor Daly who was the biggest winner of the day in regard to his starting position. The Carlin driver impressed by climbing from P19 all the way up to P6.

One-time race winner Colton Herta was seventh, with an impressive comeback drive meaning that Ryan Hunter-Reay followed him in eighth. He had to take a drive-through penalty at the start of the race due to unapproved work being carried out on his car in the final moments in the build-up to the race.

In his debut race in IndyCar and for McLaren SP, Oliver Askew came home to finish ninth in what was an impressive drive for the newly-rebranded team. He was the only rookie still standing by the finish and was a couple of places ahead of his more experienced teammate Pato O'Ward.

Rounding out the top ten was Tony Kanaan, in a race which will be his last race at the Texas Motor Speedway.

Will Power and Alexander Rossi were notable absentees from the top ten, as they both suffered problems throughout, and in Rossi's case before, the race.

Finally, it was a weekend to forget for both Takuma Sato and rookie Rinus VeeKay. A crash in qualifying meant that Sato didn't make the start of the race, and VeeKay repeated his crash in practice to finish his debut race in the wall. VeeKay also took out fellow rookie Alex Palou in the incident.