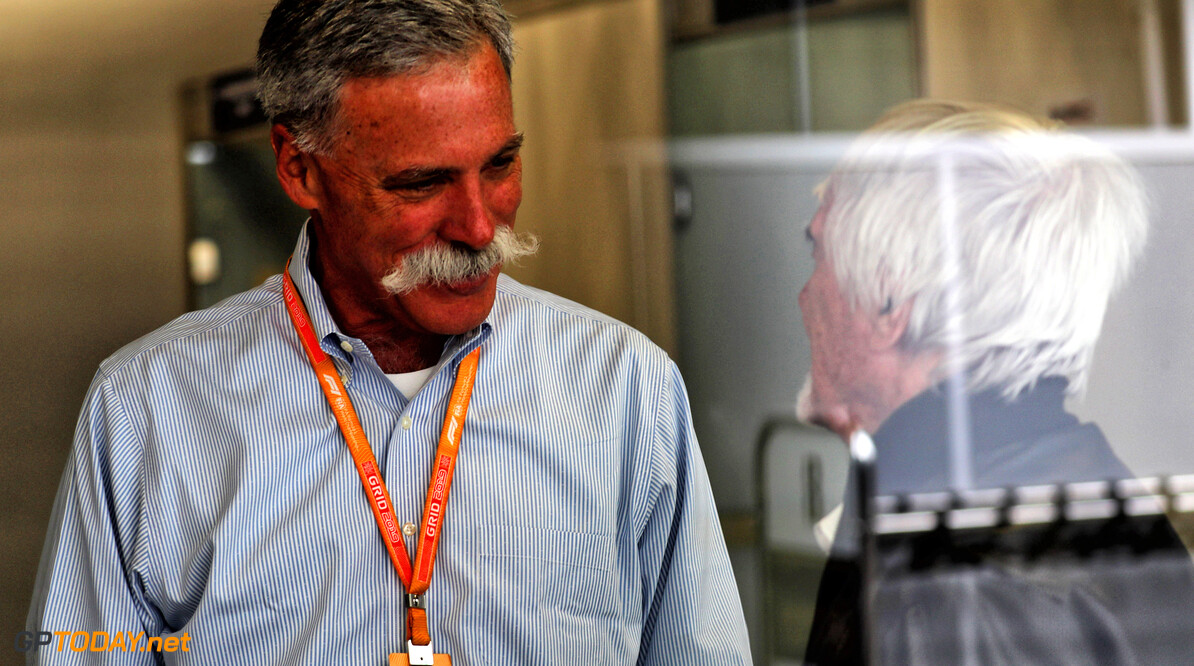 Current Formula 1 CEO Chase Carey has criticised the way the sport was run by Bernie Ecclestone prior to the takeover by Liberty Media in 2017, saying that people only complained and weren't ready to try to fix any of the sport's problems.

Carey used aspects such as the introduction of the V6 turbo hybrid engines in 2014 and the dropping spectator attendances at races as examples that those in charge of the sport had become too negative.

"The sport had gotten a little too critical of itself," Carey told Autosport. "Crapping on the engines, Bernie saying 'I wouldn't buy a ticket', It's complaining, not fixing.

"People complained about (the V6 hybrid engines), but they weren't doing anything about it. There were problems but there wasn't enough action to address the problems - like the costs.

"Usually in life, if you've got issues, you fix them. I do think the issue with things like costs got to a place that should have been dealt with before.

"There were things that the sport needed to get on top of that it hasn't. I think the sport probably did not organise itself."

Carey went on to explain that new rules and implications brought in by Liberty Media, such as the major rules overhaul for 2021, would help address the things within the sport that needed addressing and generate more interest.

He believes that this is where the sport had failed in the past but remained hopeful that the different changes can bring a lasting effect for Formula 1.

"There were questions about the promoter side of our business, and I think the strength of that has been indicated and been a real positive," Carey added.

"I think the strength is first and foremost just demand, realistically. We have the good fortune of having a lot more demand than supply for races.

"We want to be selective and we want long-term partnerships, but that has been positive. The interest that is there wasn't being tapped into because the sport wasn't doing things that you need it to do."